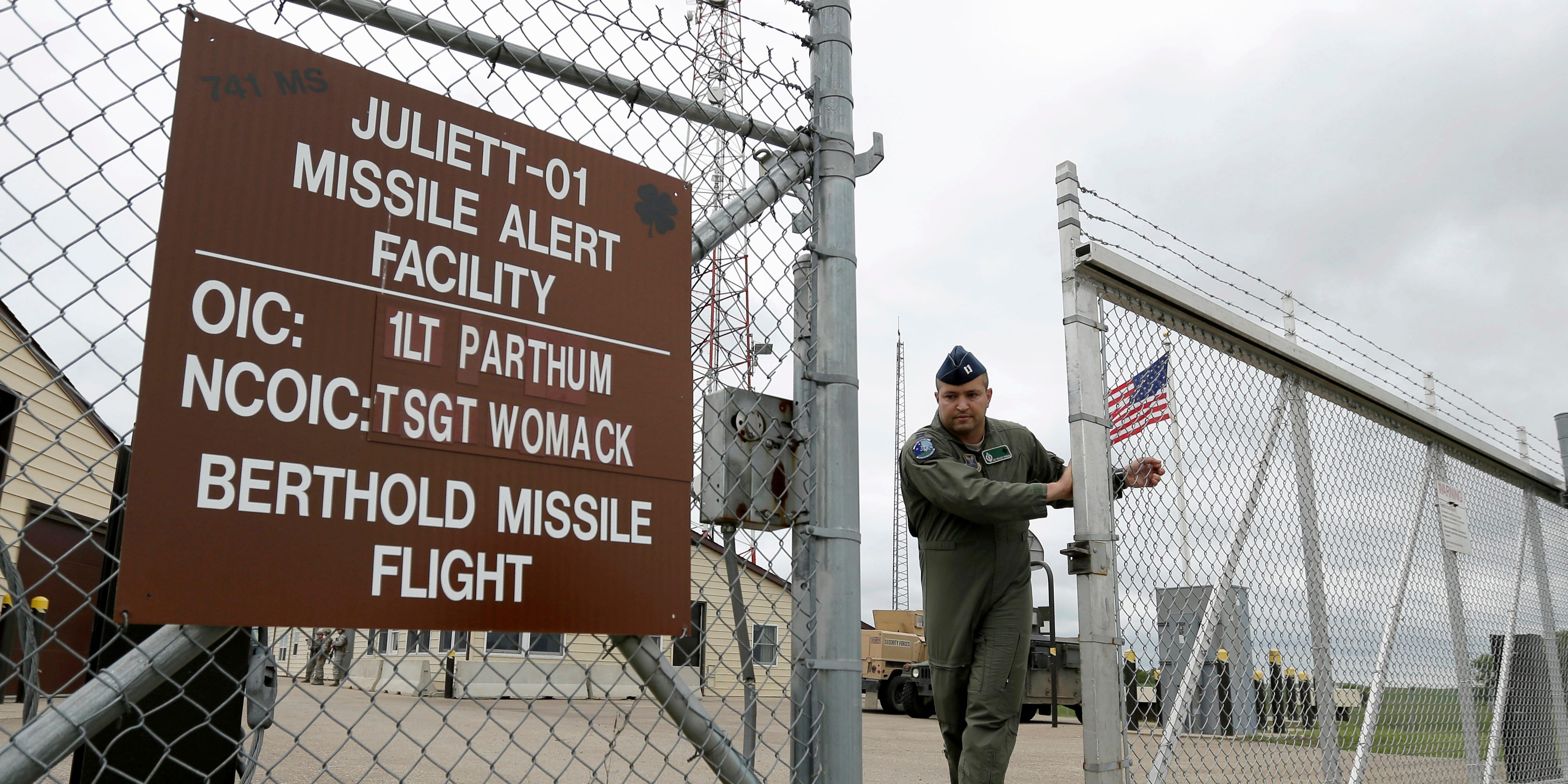 In this June 24, 2014 file photo, a gate is closed at an ICBM launch control facility in the countryside outside Minot, N.D., on the Minot Air Force Base.

The US military is looking into unusual blood cancer cases among officers who previously manned nuclear missile silos at a base in Montana, an Air Force official said following the release of a new report.

Nine military officers who worked at Malmstrom Air Force Base as missileers, troops tasked with standing by in underground bunkers to fire nuclear missiles, have been diagnosed with non-Hodgkin’s lymphoma at ages noticeably younger than the median age for this disease, and the military is investigating if there is a connection between their respective services at the facility — some of which stretch back decades — and the disease, the Associated Press reported Monday.

The report cited a briefing presented by US Space Force Lt. Col. Daniel Sebeck earlier this month to his unit and obtained by the AP.

“There are indications of a possible association between cancer and missile combat crew service at Malmstrom AFB,” Sebeck said in his presentation, adding that there was concern over the “disproportionate number of missileers presenting with cancer, specifically lymphoma.”

An Air Force spokesperson declined to provide Insider with information that was included in the briefing because it is considered “pre-decisional” but added that the service is looking into the situation in order to learn more.

“Senior leaders are aware of the concerns raised about the possible association of cancer related to missile combat crew members at Malmstrom AFB,” Rose Riley, an Air Force spokesperson, told Insider. “The information in the briefing has been shared with the Department of the Air Force Surgeon General and our medical professionals are working to gather data and understand more.”

A spokesperson at Malmstrom Air Force Base confirmed to Insider that the base is aware of the situation but had no further information on the matter.

Malmstrom is located in central Montana and is home to the 341st Missile Wing, which is one of three Air Force bases maintaining and operating the country’s silo-based Minuteman III intercontinental ballistic missiles. The 341st is made up of over 3,300 active-duty service members and 600 civilians.

According to the AP report, one of the nine missileers who was diagnosed with non-Hodgkin’s lymphoma has died. Sebeck said in his Space Force briefing that the diagnoses, which occurred between 1997 and 2007, were notable because hundreds of missileers — including at least four of the officers from Malmstrom — now serve as members of Space Force.

“Missileers have always been concerned about known hazards, such as exposure to chemicals, asbestos, polychlorinated biphenyls, lead and other hazardous material in the work environment,” Sebeck said in his presentation, the AP reported. “All missileers should be screened and tracked for the rest of their lives.”

Non-Hodgkin’s lymphoma is a blood cancer that develops in an individual’s lymph nodes or lymphatic tissue found in various organs, according to the Leukemia & Lymphoma Society.

“We are heartbroken for all who have lost loved ones or are currently facing cancer of any kind and know that we have the responsibility to investigate any potential service-related risks to Airmen, Guardians or their dependents’ health,” Riley, the Air Force spokesperson, told Insider.

If the cancers are related to their service, it will not be the first time. American service members have been exposed cancer-causing agents in the past, such as those who were sent to the Pacific to help clean up the fallout from extensive nuclear weapons testing. One veteran who supported these efforts previously told Insider he was diagnosed with stage-four non-Hodgkin’s lymphoma, which he believes is tied to his service in the Marshall Islands.

Review of News and Opinions from Michael Novakhov #TNT The #News And #Times: #Tweets – My Opinions In Black And White
February 6, 2023 1:23 am

Audio Review via Michael Novakhov on Inoreader
The latest in sports
byThe Associated Press
All-Star point guard Kyrie Irving is on the move, the Knicks win at home and the Cavaliers pick up a road victory, women’s college basketball’s top ranked team passes a big road test, the PGA tour will need an extra day to determine a winner at the AT&T Pebble Beach Pro-Am and NASCAR pays a visit to Los Angeles. Correspondent Mike Reeves reports.

Review of News and Opinions from Michael Novakhov #TNT The #News And #Times: #Tweets – My Opinions In Black And White
February 6, 2023 1:23 am
Advertisements