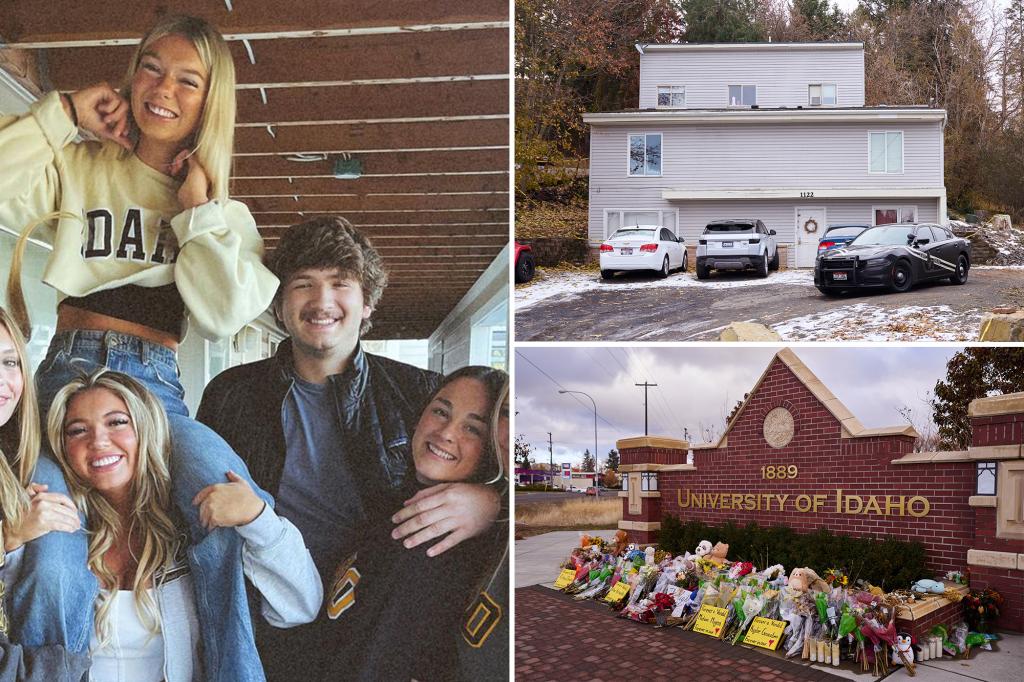 The father of one of the four victims in the Nov. 13. University of Idaho stabbings says his daughter suffered “large punctures” from a “brutal weapon.”

Steve Goncalves — father of slain Kaylee Goncalves, 21 — said he learned a little more about who the police believe is responsible for the attack Tuesday.

“The detective said this weapon is probably something [the killer] paid money for and something that they’re proud of,” he told ABC news in his first on-screen interview.

He also vented his upset that the killer is “having a great life out there, and [we’re] just left in shambles.”

Kaylee, best friend Madison Mogen, also 21, housemate Xana Kernodle, 20, and her boyfriend Ethan Chapin, 20, were all stabbed in their beds with a fixed-blade knife by an intruder as they slept around 3 in the morning.

The only solace Steve has been able to take is how the killings were “fast and nobody suffered and nobody felt that kind of pain.” 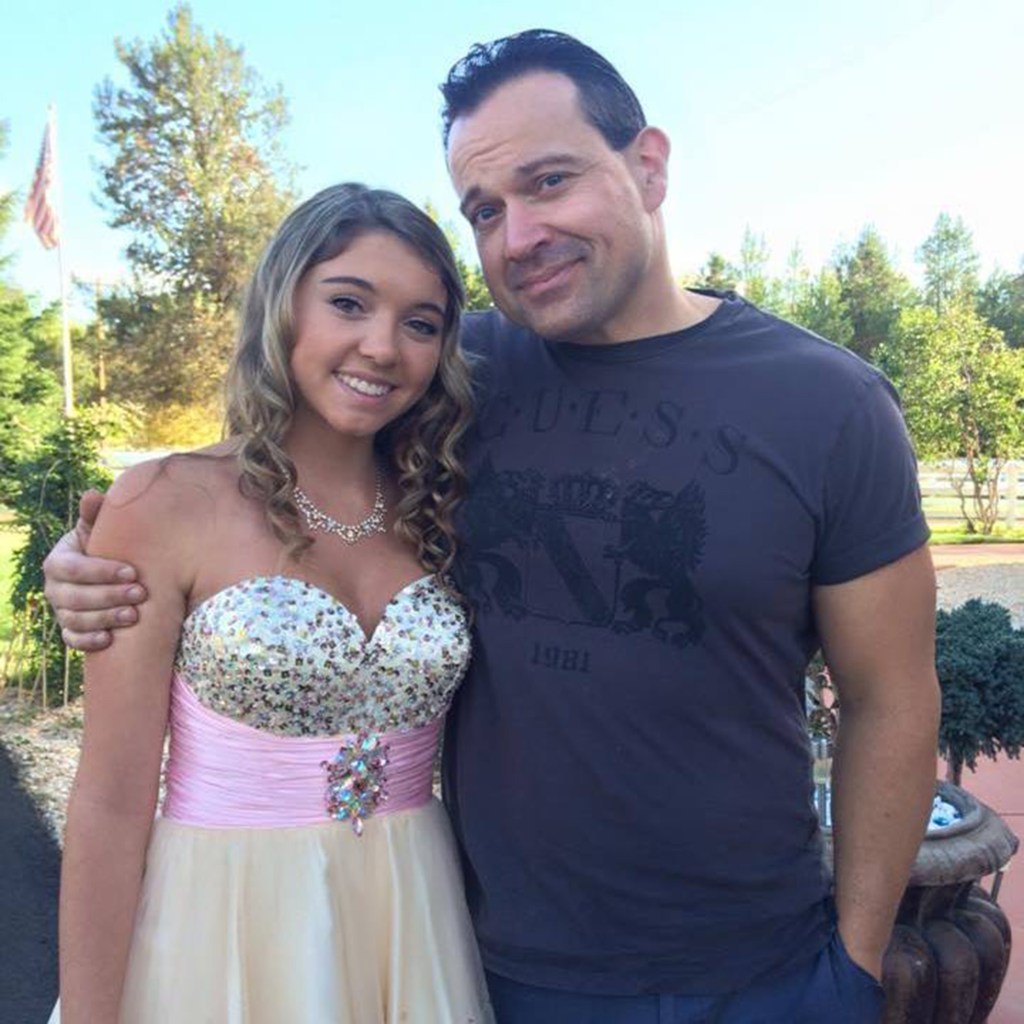 Kaylee Goncalves with her father, Steve.Facebook/kaylee.goncalves

Steve also said the family has not had a funeral for Kaylee because they were worried the still-unidentified killer could attend.

“My wife’s biggest fear, part of the reason we didn’t have a funeral, is because she couldn’t be guaranteed that that monster was going to not be there,” he told the outlet.

He also added: “I haven’t earned the ability to grieve the way that I want to grieve, I want to be able to have justice first. 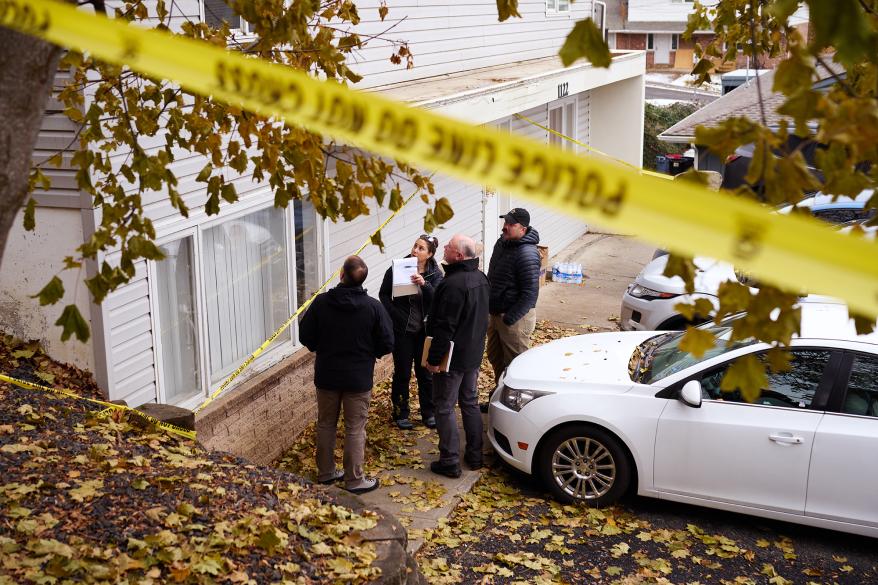 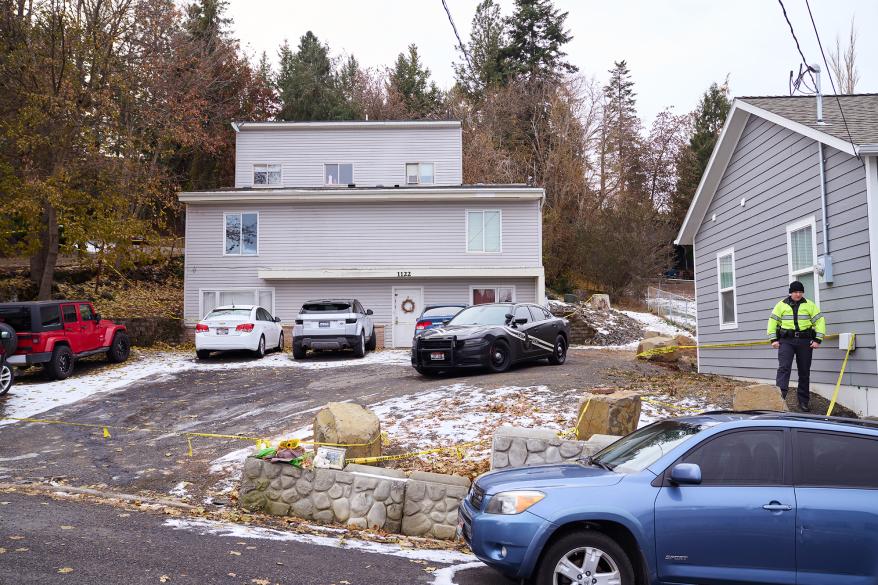 Investigators on the scene of the brutal Nov. 13 murders.
James Keivom

However, despite huge resources from Moscow police and FBI officers investigating the murders, combing through thousands of pieces of evidence, no details about the killer, their motive or what happened to the murder weapon have been made public.

New video footage obtained by The Post shows forensic investigators continuing to examine the crime scene yesterday, where they dusted windows for fingerprints and walked through the interior. Law enforcement was also spotted in a wooded area near the home while mournful neighbors looked on.

Meanwhile, one of Mogen’s sorority sisters has said how the evening was eerily regular just hours before her friend was brutally slain. 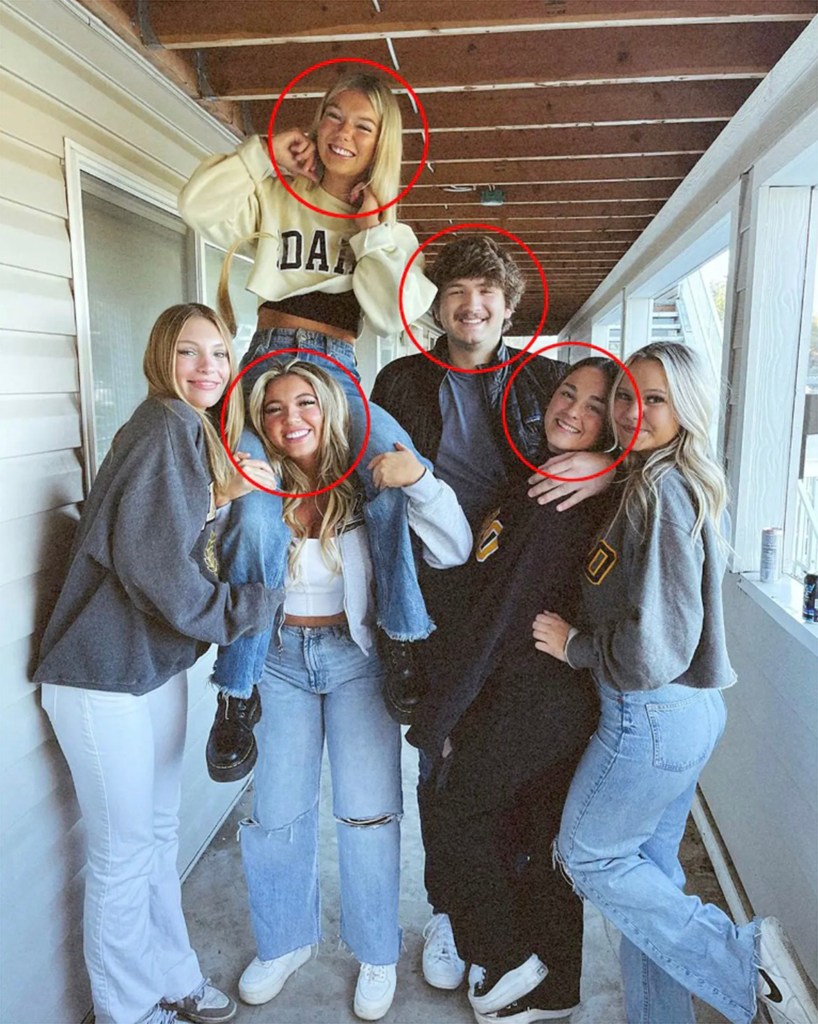 Madison Mogen and her friends Kaylee Goncalves, Xana Kernodle and Ethan Chapin were brutally murdered in the early hours of Nov. 13.

“It was just a normal night in Moscow,” Madison Moye, 21, told Fox News Digital of the last time she saw her friend and neighbor Mogen on the night of Nov. 12.

Mogen spent “the majority of the night” at Moscow’s Corner Club, Moye said. “[Madison] was just laughing with all her friends,” she remembered.

According to police, Mogen left the bar around 1:30 a.m. with her housemate Kaylee Goncalves. The pair stopped at a food truck before returning to their King Road home shortly before 2 a.m.

Despite police’s apparent lack of progress, the grieving parent said he was confident they would get justice. 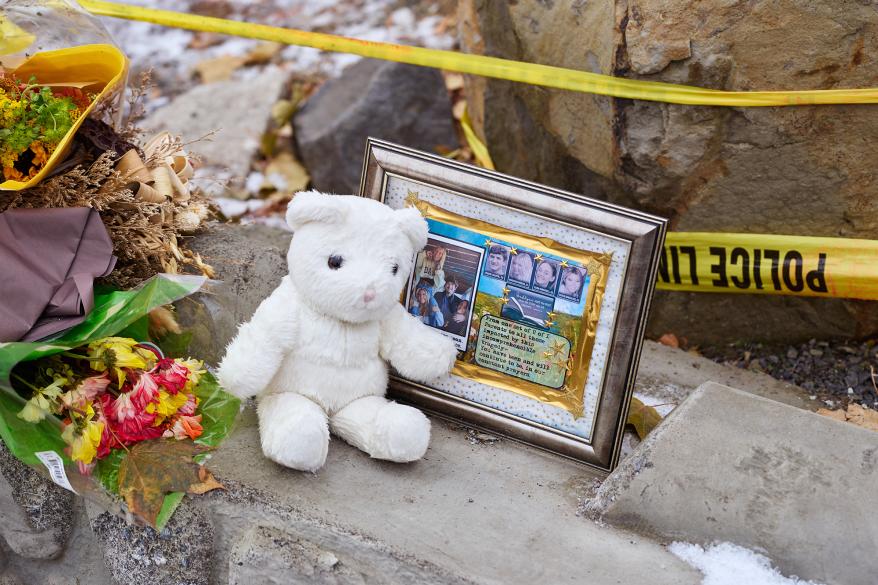 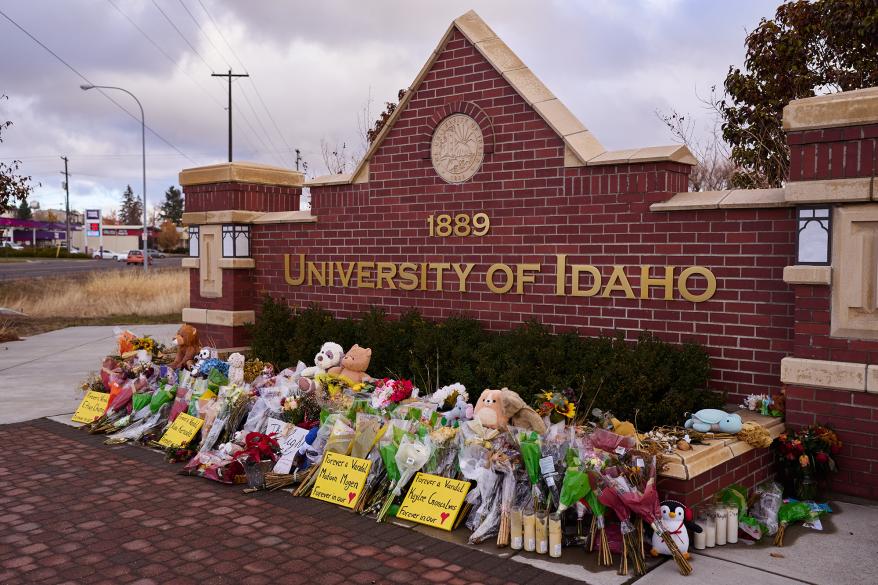 A memorial for the four slain students at the entrance to the University of Idaho in Moscow.
James Keivom

“I have to assume and hope that this is all part of their plan and … they’ve got this all figured out,” he explained. “I know that there’s some really good, hard-working guys and girls that are on this case that I’ve met. And they looked me in the eyes and they told me straight out that they’re working and they’re doing everything in their power.”

Goncalves was planning on moving to Texas after her graduation in the spring, Steve told ABC. She and Mogen were lifelong best friends.

“You can’t imagine sending your girl to college and they come back … in an urn,” he lamented. “You’re numb … you can’t absorb that amount of pain and agony … I hope people understand how all these kids … were doing everything right and they were going to be the type of people that you want to be your neighbor.” 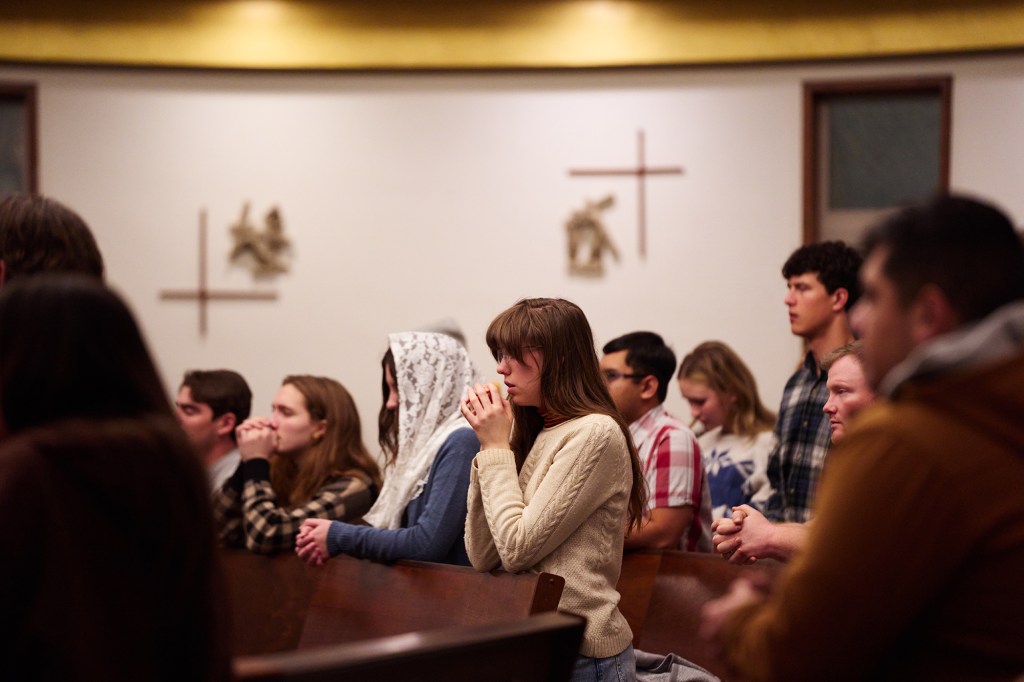 Students attend a vigil for the four murdered students on Monday. James Keivom

Last week, investigators announced a possible connection between the Moscow killings and the unsolved double stabbing of an Oregon couple in August 2021. On Monday, however, local police confirmed that “there does not appear to be any evidence to support the cases are related.”

While law enforcement scrambles to find a suspect, University of Idaho students remain terrified in the once-peaceful college town. University President C. Scott Green announced last week that students who did not wish to return to campus until an arrest had been made would be accommodated.

“As such, faculty have been asked to prepare in-person teaching and remote learning options so that each student can choose their method of engagement for the final two weeks of the semester,” he wrote in a statement.

Review of News and Opinions from Michael Novakhov #TNT The #News And #Times: #Tweets – My Opinions In Black And White
February 3, 2023 9:22 pm

Review of News and Opinions from Michael Novakhov #TNT The #News And #Times: #Tweets – My Opinions In Black And White
February 3, 2023 9:22 pm
Advertisements