Review of News and Opinions from Michael Novakhov #TNT The #News And #Times: #Tweets – My Opinions In Black And White
December 4, 2022 10:30 am 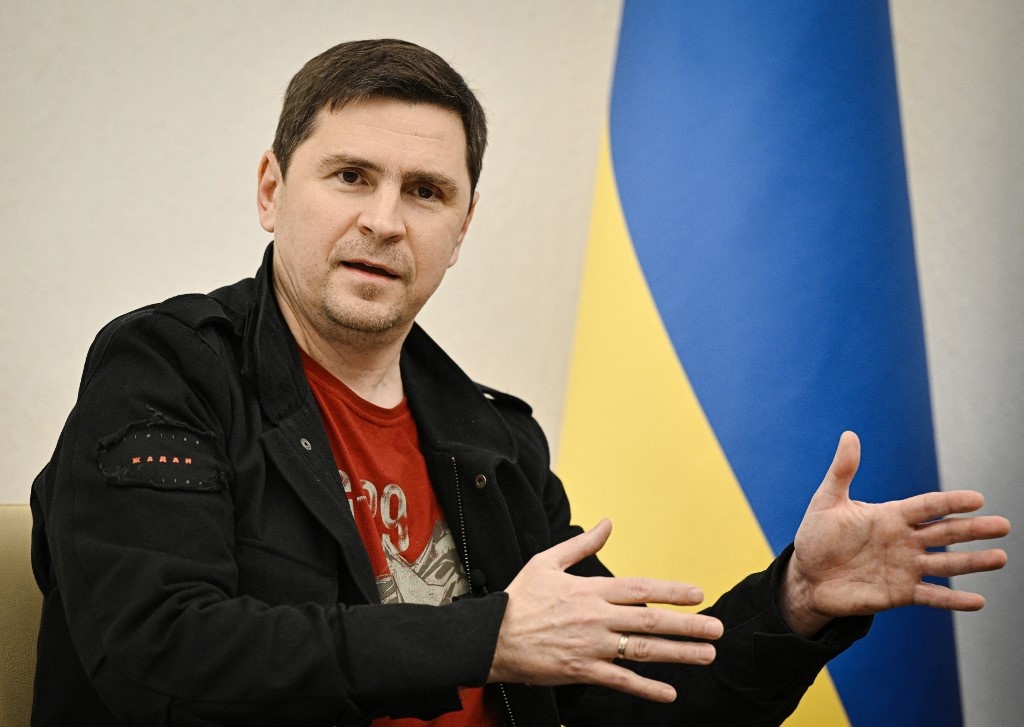 The West’s attempts to persuade Ukraine to negotiate with Moscow, after a series of major military victories by Kiev, are “bizarre” and amount to asking for its capitulation, a key adviser to the Ukrainian presidency has told AFP.

“When you have the initiative on the battlefield, it’s slightly bizarre to receive proposals like: ‘you will not be able to do everything by military means anyway, you need to negotiate,” said Ukrainian President Volodymyr Zelensky’s adviser Mykhaylo Podolyak.

This would mean that the country “that recovers its territories, must capitulate to the country that is losing,” he added, during an interview with AFP at his office in the presidency building in Kyiv.

US media recently reported that some senior officials were beginning to encourage Ukraine to consider talks, which Zelensky has so far rejected without a prior withdrawal of Russian forces from all Ukrainian territory.

“There has to be a mutual recognition that military victory is probably in the true sense of the word maybe not achievable through military means,” top US General Mark Milley said earlier this month, estimating that there is “a window of opportunity for negotiation”.

According to Podolyak, Moscow has not made “any direct proposal” to Kiev for peace talks, preferring to transmit them through intermediaries and even raising the possibility of a ceasefire.

Kiev sees such talk as mere manoeuvring by the Kremlin to win some respite on the ground and prepare a new offensive.

“It will simply stall for time. In the meantime, it will train its mobilised forces, find additional weapons” and fortify its positions,” he warned.

Despite Russia’s heavy military defeats in recent weeks, including Ukraine retaking the key southern city of Kherson, President Vladimir Putin still thinks “he can destroy Ukraine, this is his obsession” and negotiating with him “makes no sense”, Podolyak argued.

The West cannot pressurise Ukraine into negotiations, he insisted.

“Our partners still think that it is possible to return to the pre-war era when Russia is a reliable partner”.

Following massive Russian withdrawals from the Kyiv region in March, then from the Kharkiv region in the northeast in September, the liberation of Kherson this month marked a “fundamental” turning point in the conflict, according to Podolyak.

Spurred on by its string of military victories, Ukraine can “afford no pause” in its counter-offensive, despite the arrival of winter cold and snow that make the situation on the ground more difficult.

“Today, even a little pause just adds to the losses suffered by Ukraine,” said the official.

Moscow has been shelling the country’s energy infrastructure for weeks, plunging millions of homes into darkness.

The regions of Zaporizhzhia in southern Ukraine and Lugansk in the east are now the “key directions” for the army, Podolyak said, while refusing to speculate on the possibility of a military operation to retake the Crimean peninsula, which Moscow annexed back in 2014.

Ukrainian authorities are calling for an increase in Western arms deliveries, which is “very important” in winter,” he added.

“We still need 150 to 200 tanks, about 300 armoured vehicles,” a hundred artillery systems, 50-70 multiple rocket launcher systems, including the formidable American HIMARS, of which Ukraine already has several units, as well as “10 to 15 anti-aircraft defence systems to close the sky,” said Podolyak.

He also cited US ATACMS missiles, which have a range of 300 kilometres (185 miles). The range of the weapons currently available to Ukraine barely exceeds 80 kilometres.

For Podolyak, such missiles would “bring the end of the war closer” by allowing Ukraine to “destroy large Russian military depots” located deep in occupied areas which are currently inaccessible.

“The war will end when we regain control of our borders and when Russia is afraid of Ukraine.”

Review of News and Opinions from Michael Novakhov #TNT The #News And #Times: #Tweets – My Opinions In Black And White
December 4, 2022 10:30 am