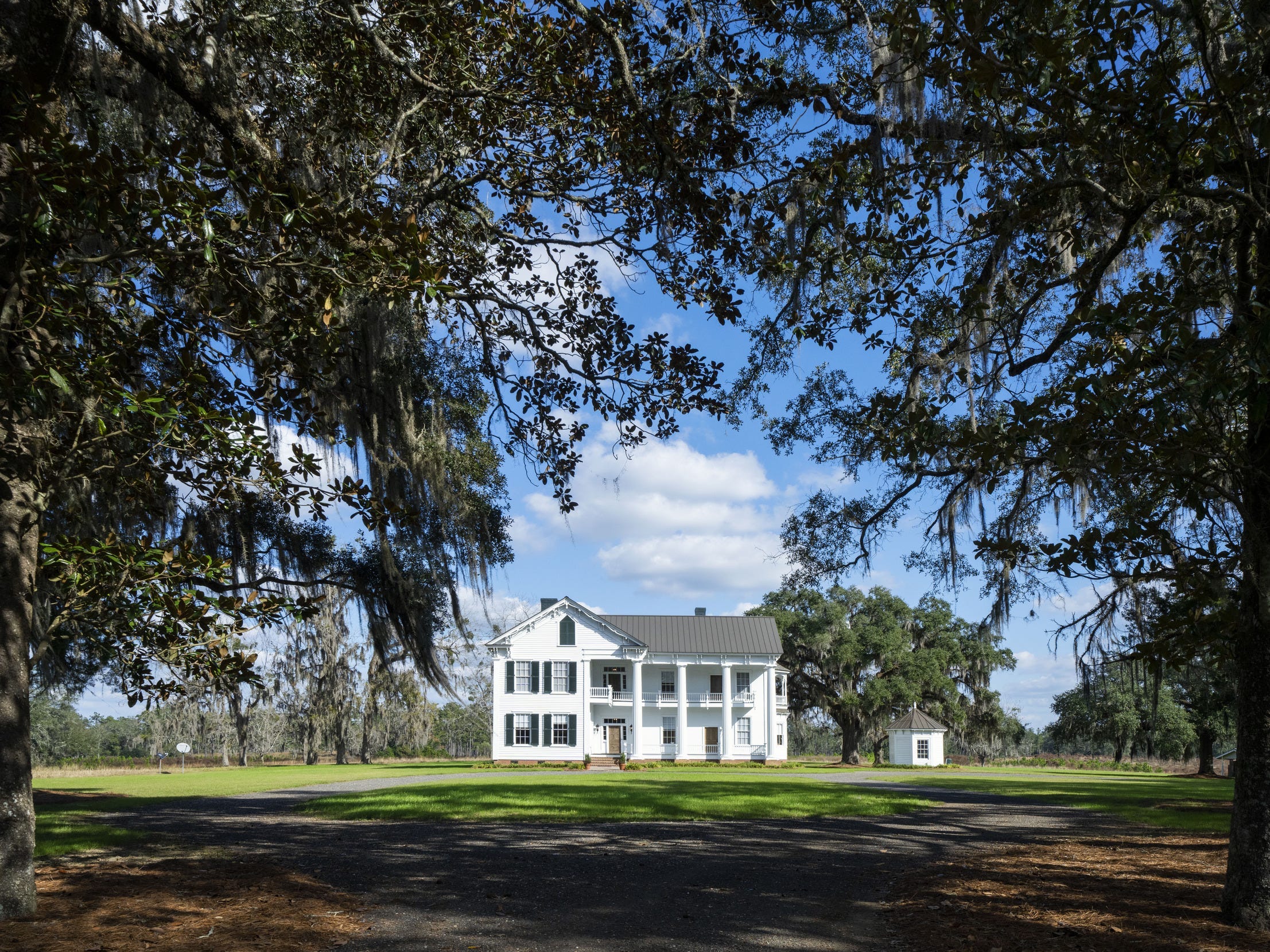 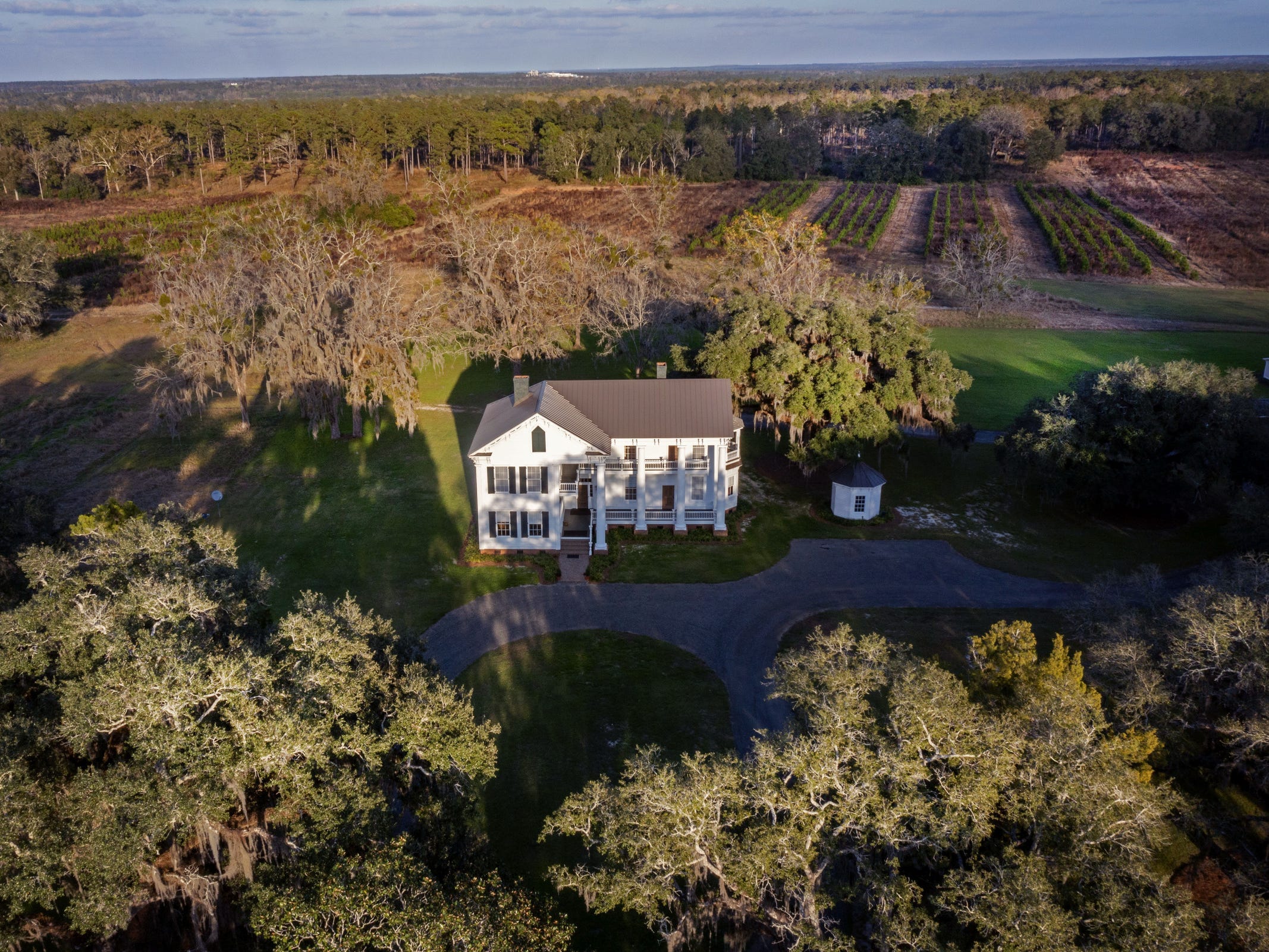 The property comes with five separate homes and more than 3,500 acres of land. 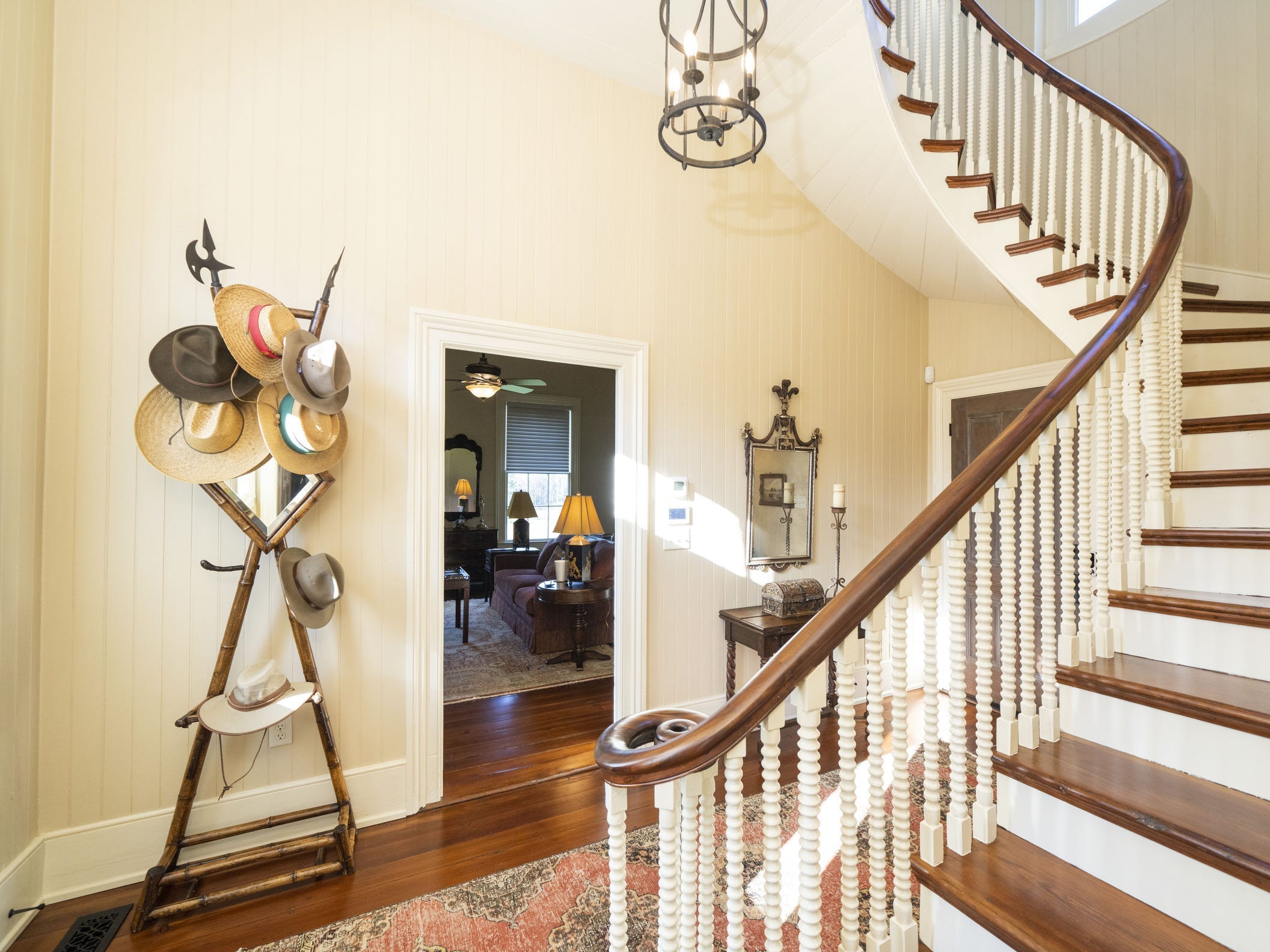 The hand-carved railings on the entryway banister harken back to a bygone era.

Jon Kohler, the seller’s agent, told Insider that the property was developed in 1850 by famous architect John Wind, who is known for his Greek Revival style. 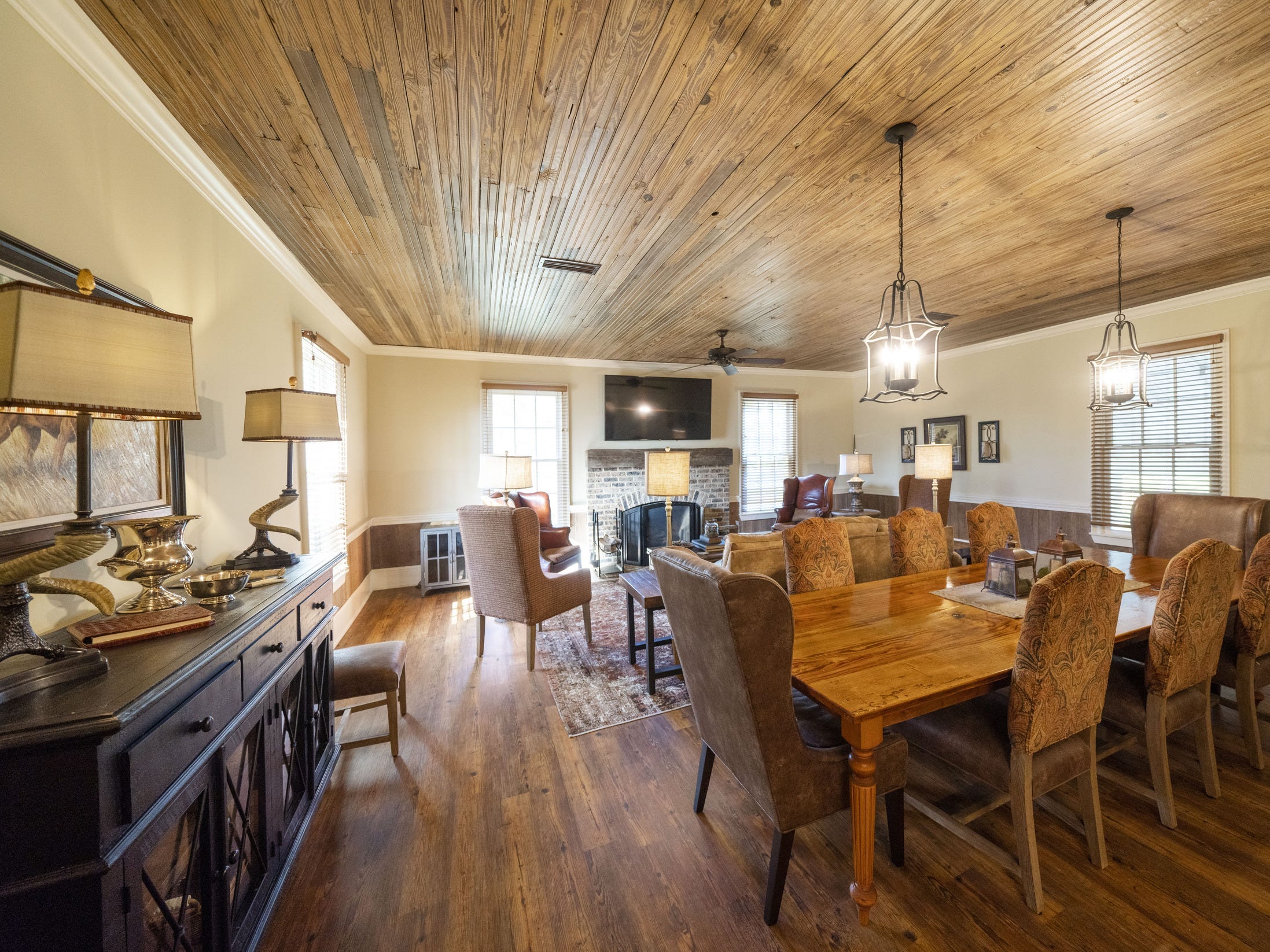 Wind is also known for designing the Thomas and Brooks County Courthouses in southern Georgia.

Kohler told Insider that the property has been primarily used as a quail plantation since it was built in the 1850s. Quail plantations are common in south Georgia because of its lush habitat and diversified selection of tree cover.

Many quail plantations were converted from old cotton plantations in the 1880s as wealthy industrialists from the north moved southward after the Civil War, according to research from the University of Tennessee.

“Magnolia Hall does not have the traditional markings of an old cotton plantation like a graveyard, and I don’t believe the property was ever used to grow cotton,” Kohler told Insider.

Oliver Morton, who was the governor of Indiana and the property’s first owner, also a opposed slavery and supported the ratification of the 13th Amendment following the end of the Civil War, even though it cost him his political future, according to research from Indiana University.

All of the lumber used to build the home was cut from virgin longleaf yellow pine trees that surround the property. 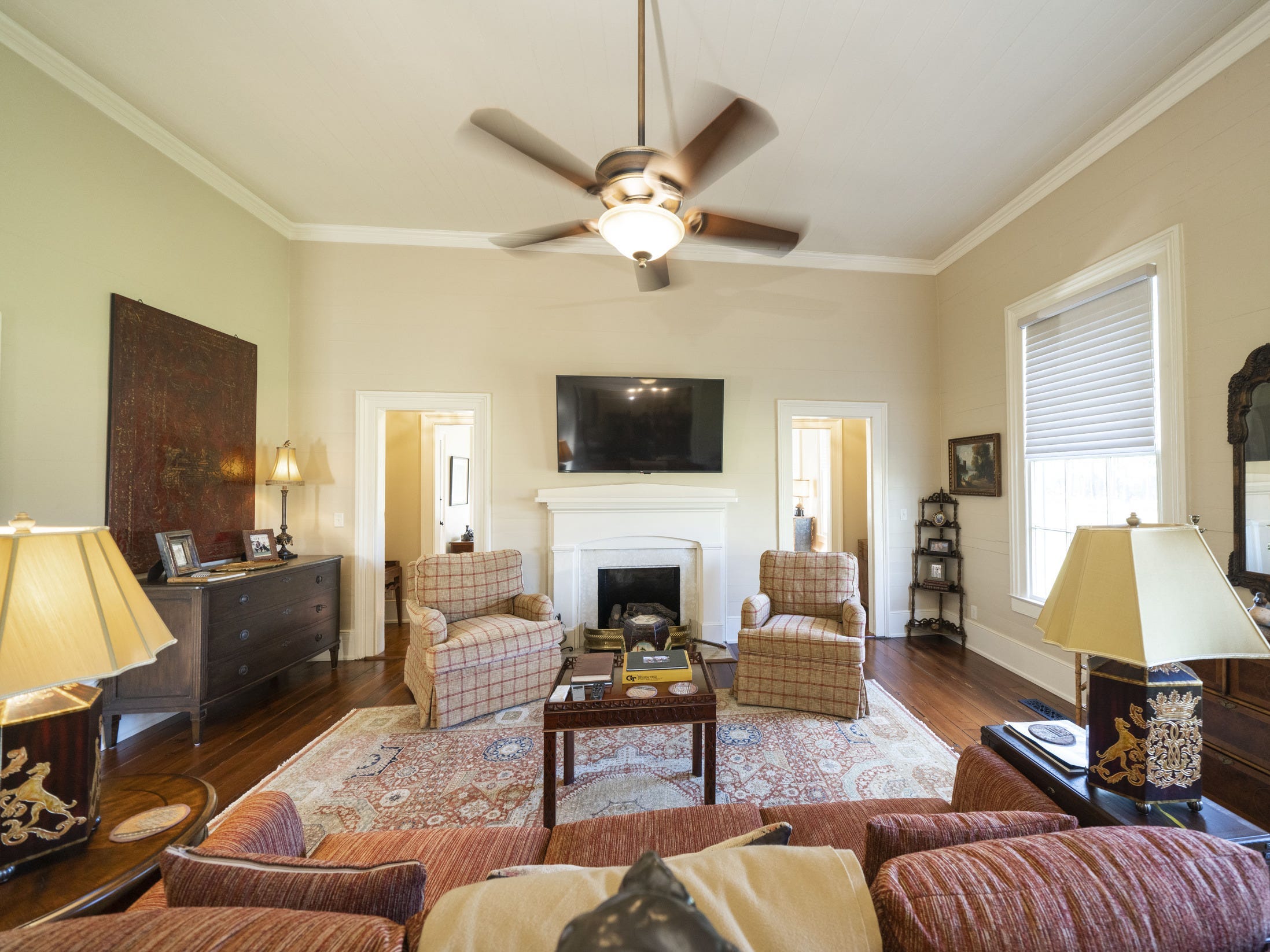 This home is one of the last surviving plantations with its original acreage, according to the listing.

Kohler said Magnolia Hall became a turpentine factory around 1911 and operated as such for about 86 years until it was purchased by Virgil Williams, an entrepreneur and former owner of the Georgia Force arena football team, in 2018. 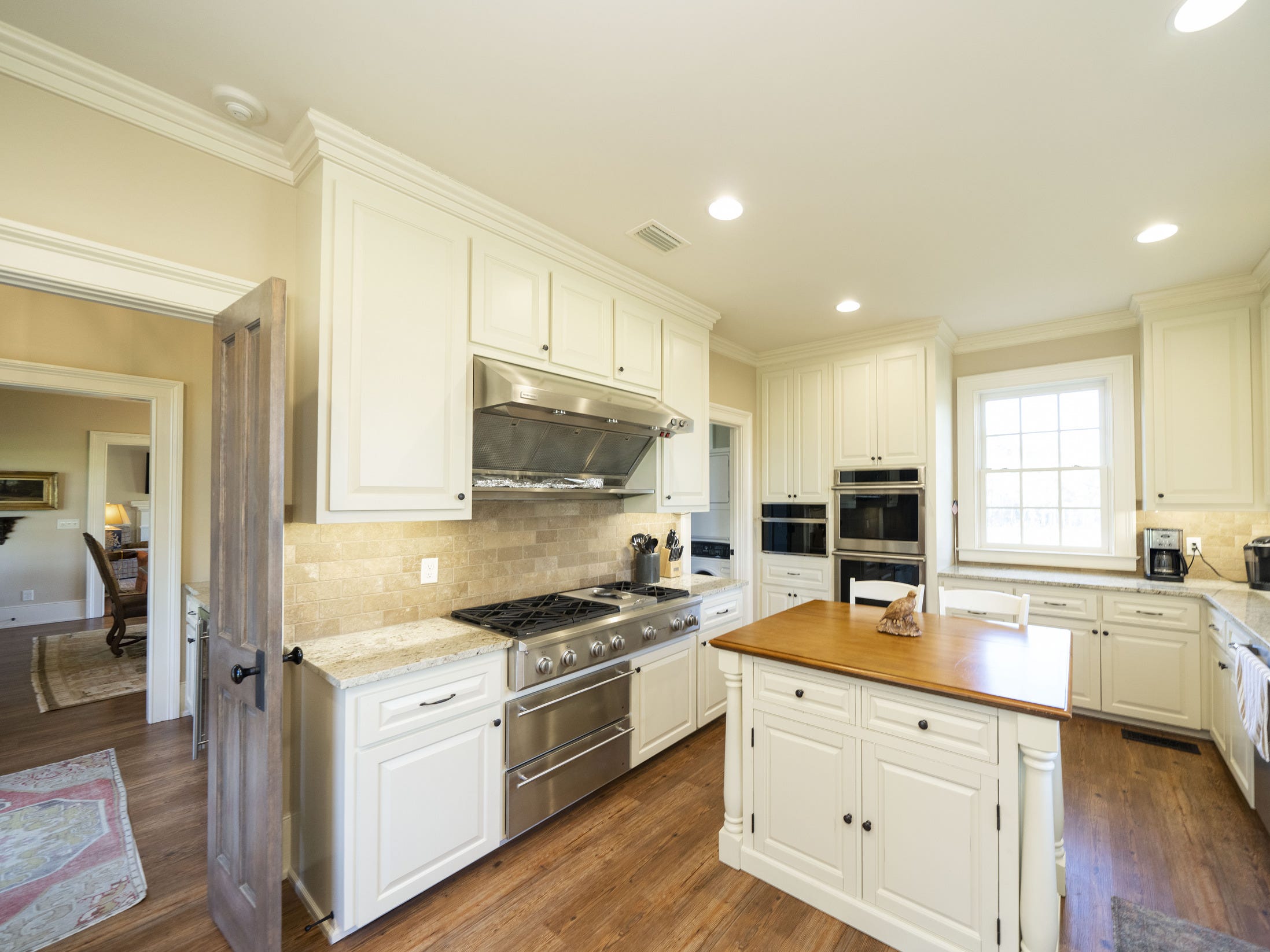 Kohler credits Williams for reviving the property by adding modern amenities in the main house as well as the guest houses, and working to preserve the natural habitat surrounding the property. 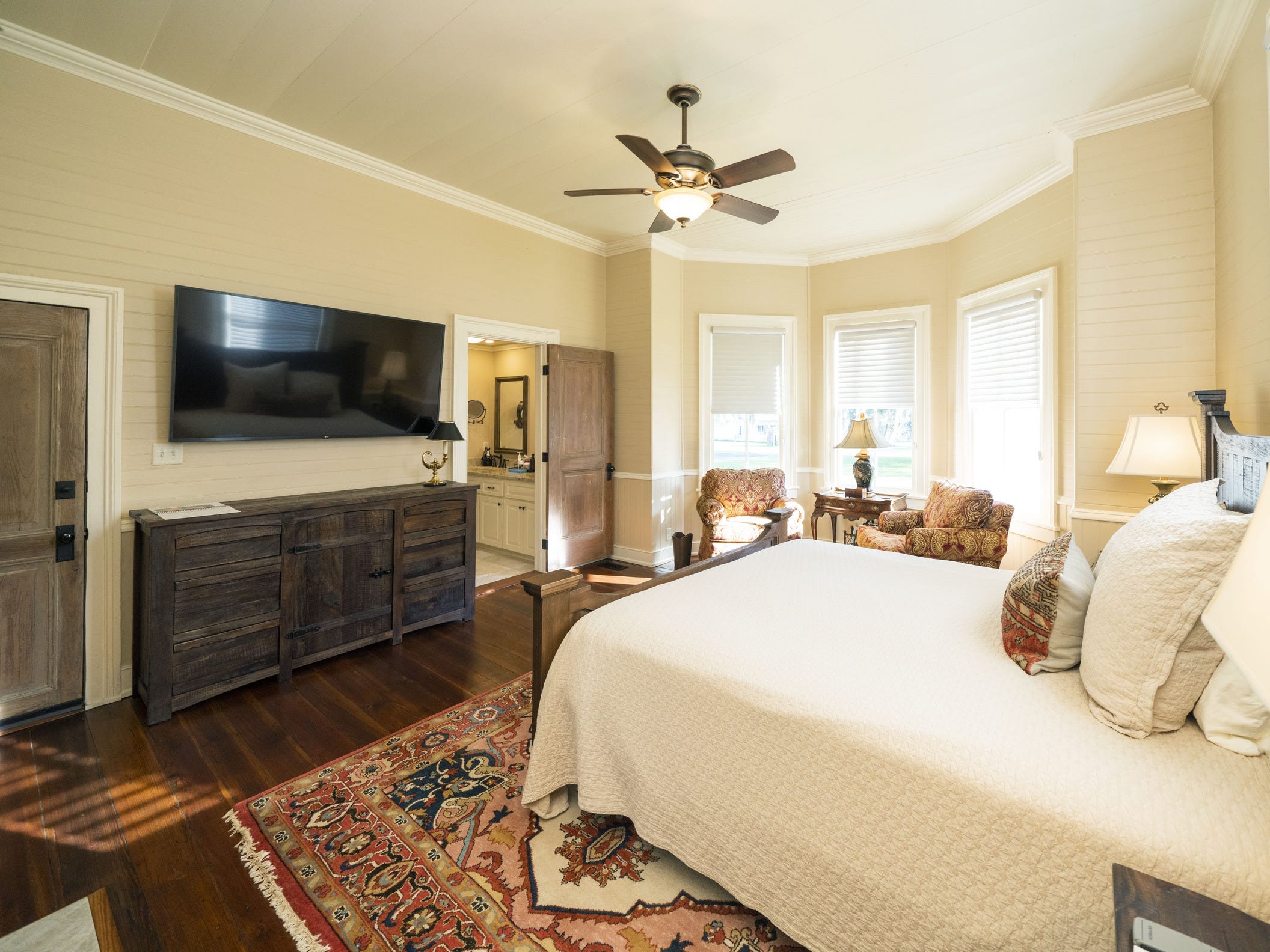 The interior home is a mix of modern amenities with old southern charm.

Williams also led an effort to rebuild the natural quail habitat, including adding new predator control programs, that resulted in a five-fold increase in the number of quail coveys in the area, the listing says. 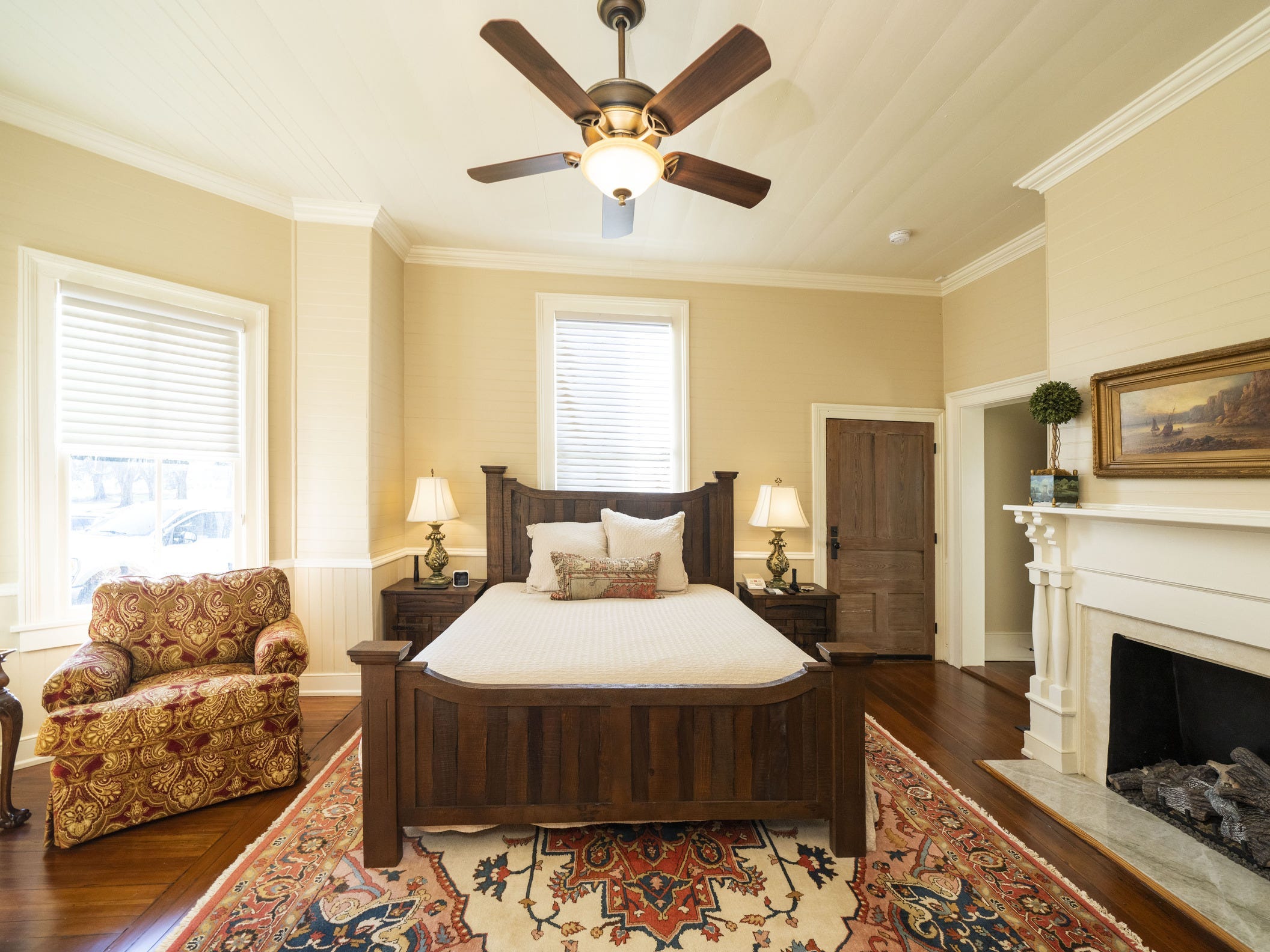 Kohler told Insider that his favorite part of the property is the hand-carved wood features, especially around the entryway banister. ‘It really sets this plantation apart from others in the area.’ 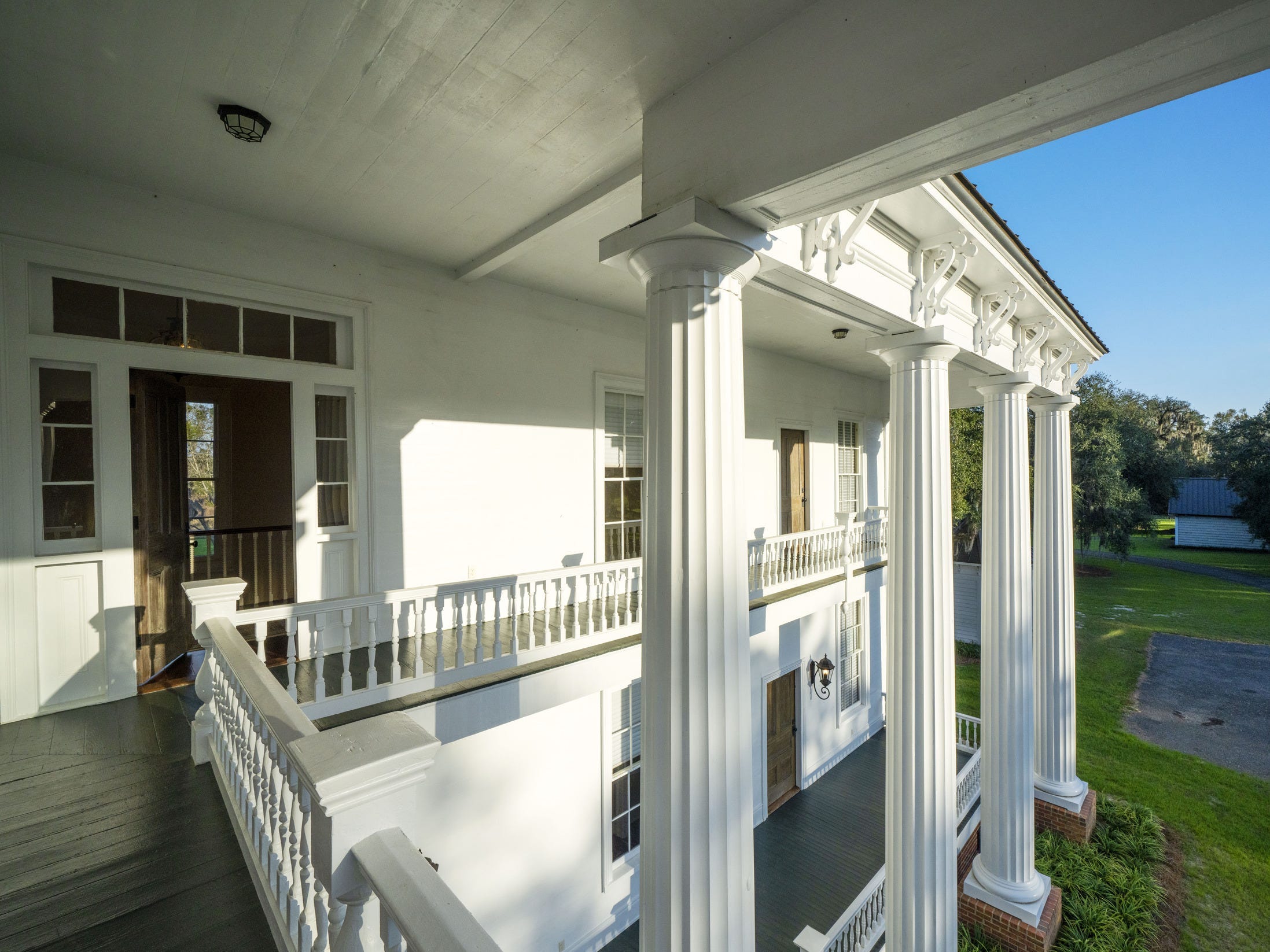 The Doric columns pictured here support the roof and a second-floor balcony that acts like a hallway between the upstairs rooms.

If the main house isn’t enough, there are four additional homes on the property, including this 1-bedroom commissary that is often used to host dinner parties. 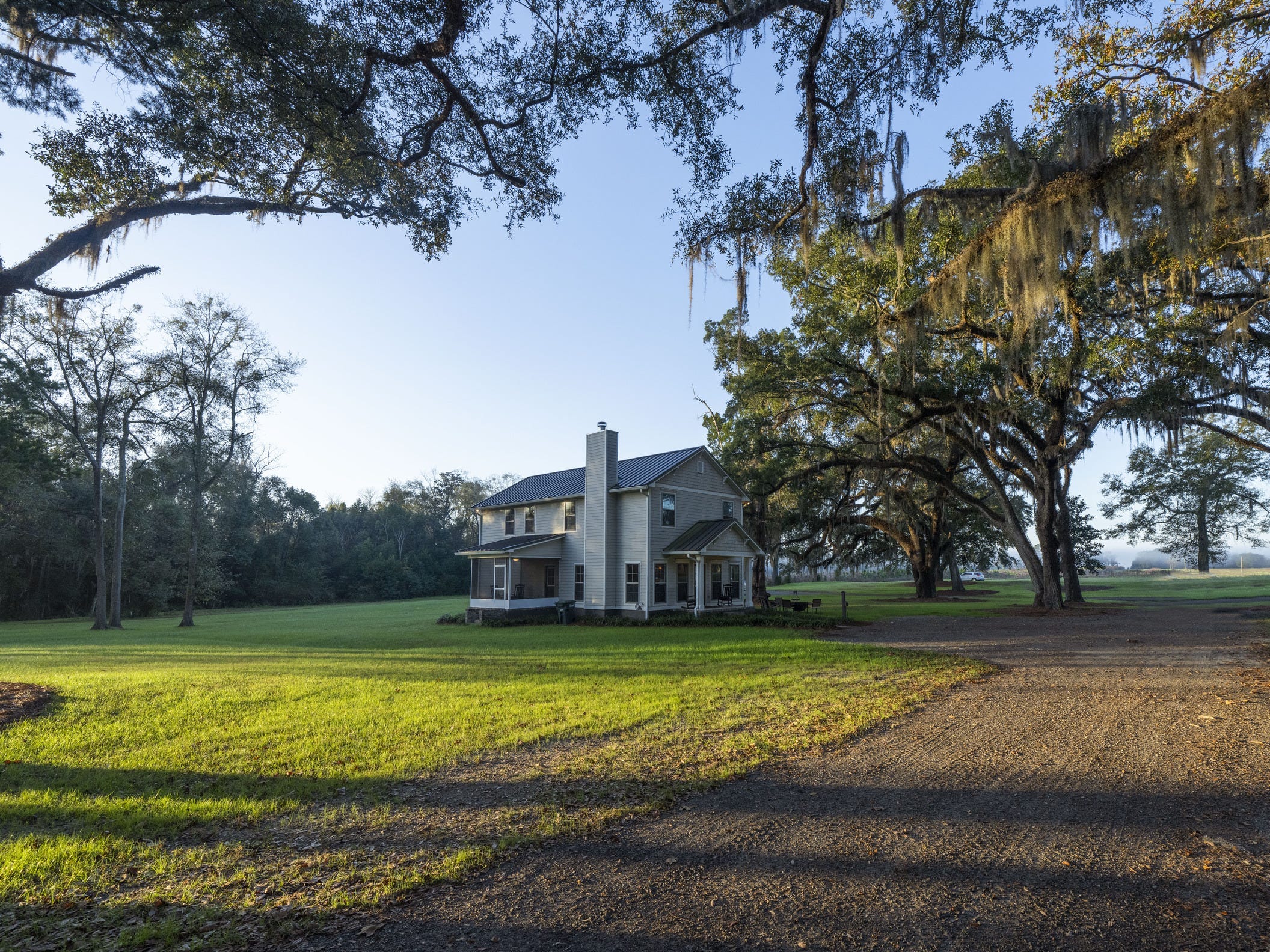 The commissary was originally built in the 1880s but has been renovated and updated several times. 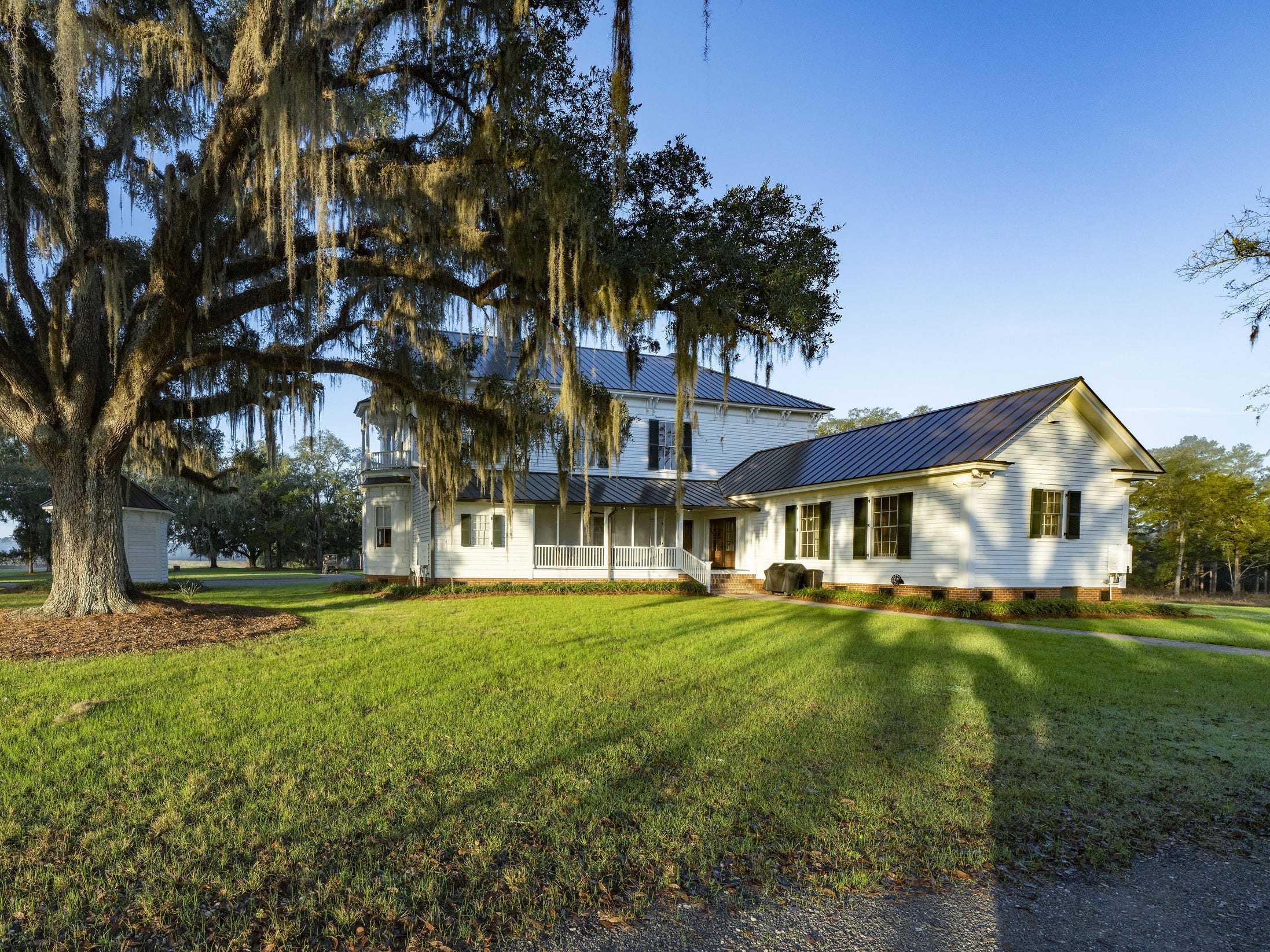 The guest house is just past the dog kennels and has enough space for several guests to sleep comfortably.

This 3-bedroom guest house is also included in the purchase price. 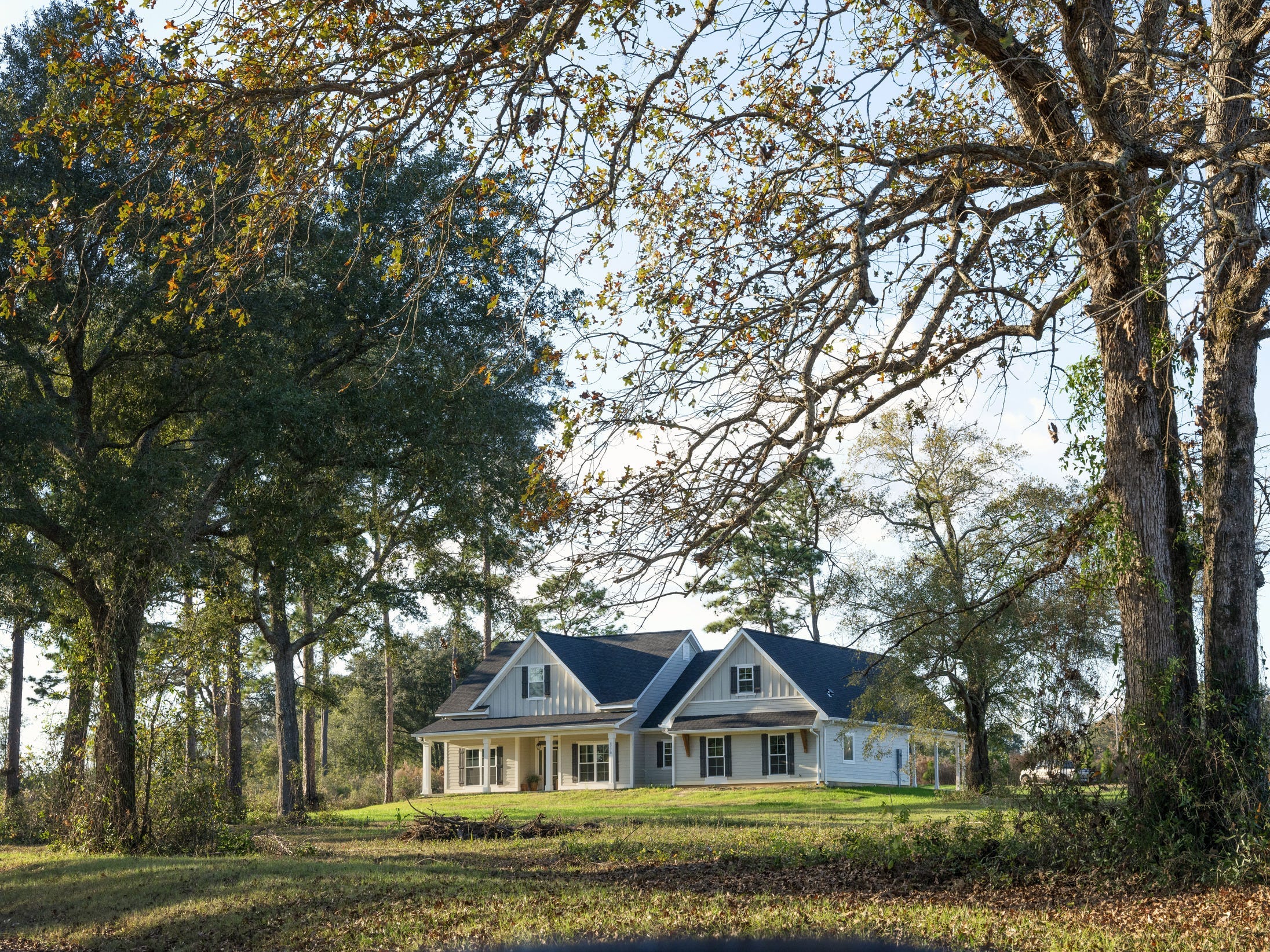 This guest house could make a perfect in-law suite.

Magnolia Hall sits at the confluence of the Withlacoochee River, Okapilco Creek, and Piscola Creek, making it one of the best game hunting sites in the area. 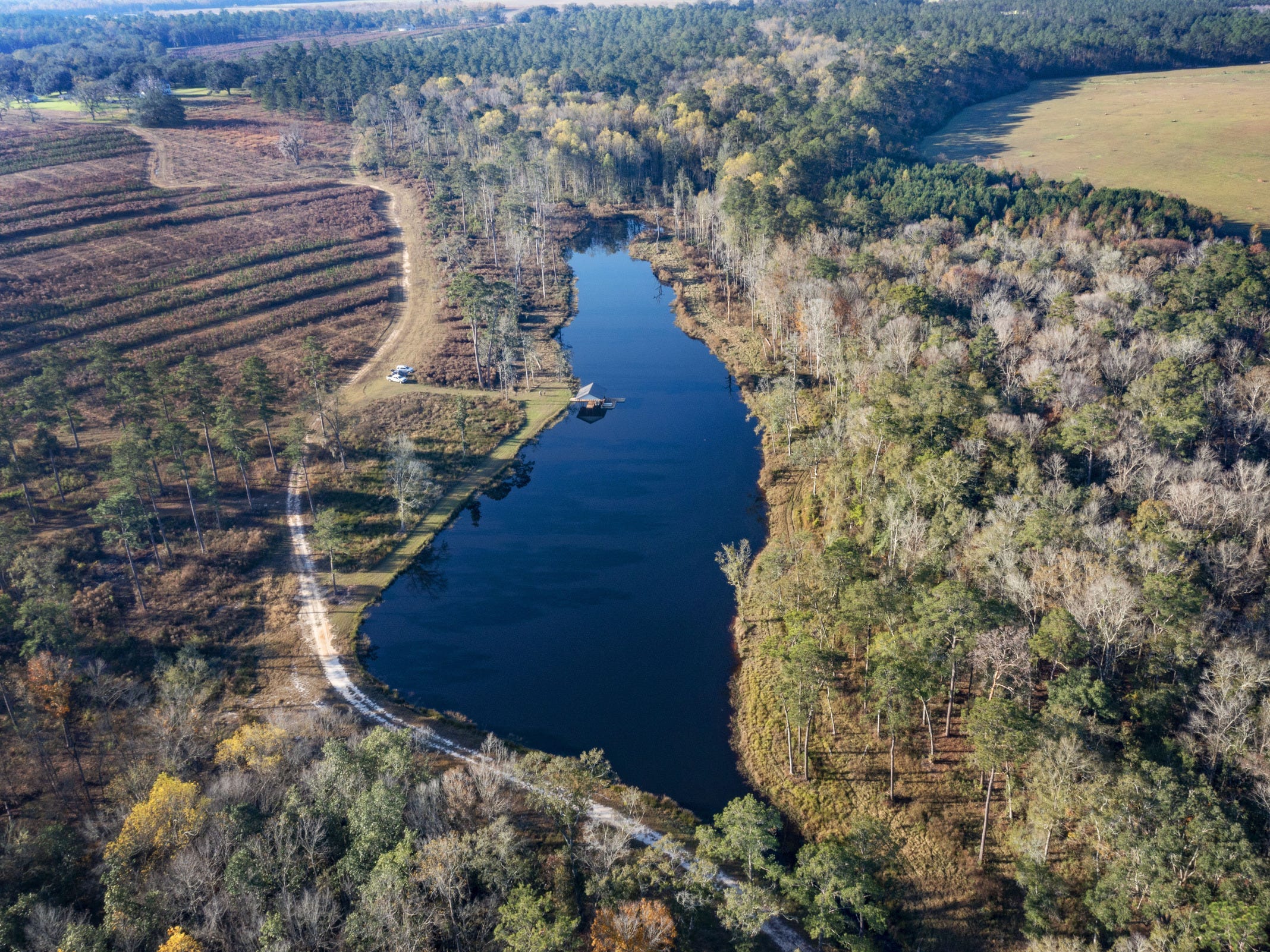 The property has quail, turkey, and white tail deer living on it.

Kohler said the area was repopulated with white tail deer that were imported from Wisconsin in the 1960s. 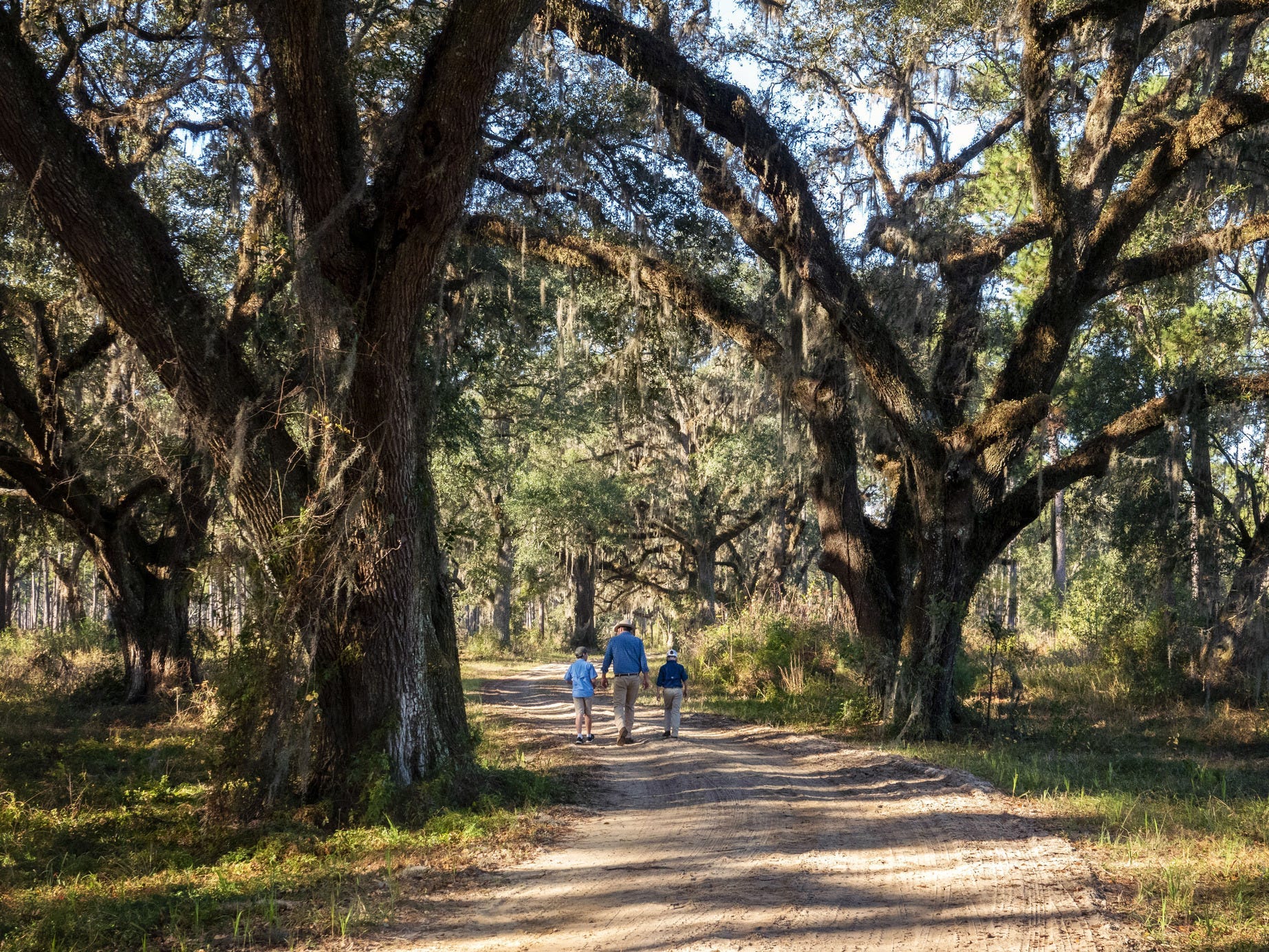 There are trails that lead toward all ends of the property.

Magnolia Hall also has one of the largest stand of wiregrass and longleaf pine in the Red Hills region of Georgia, according to the listing. 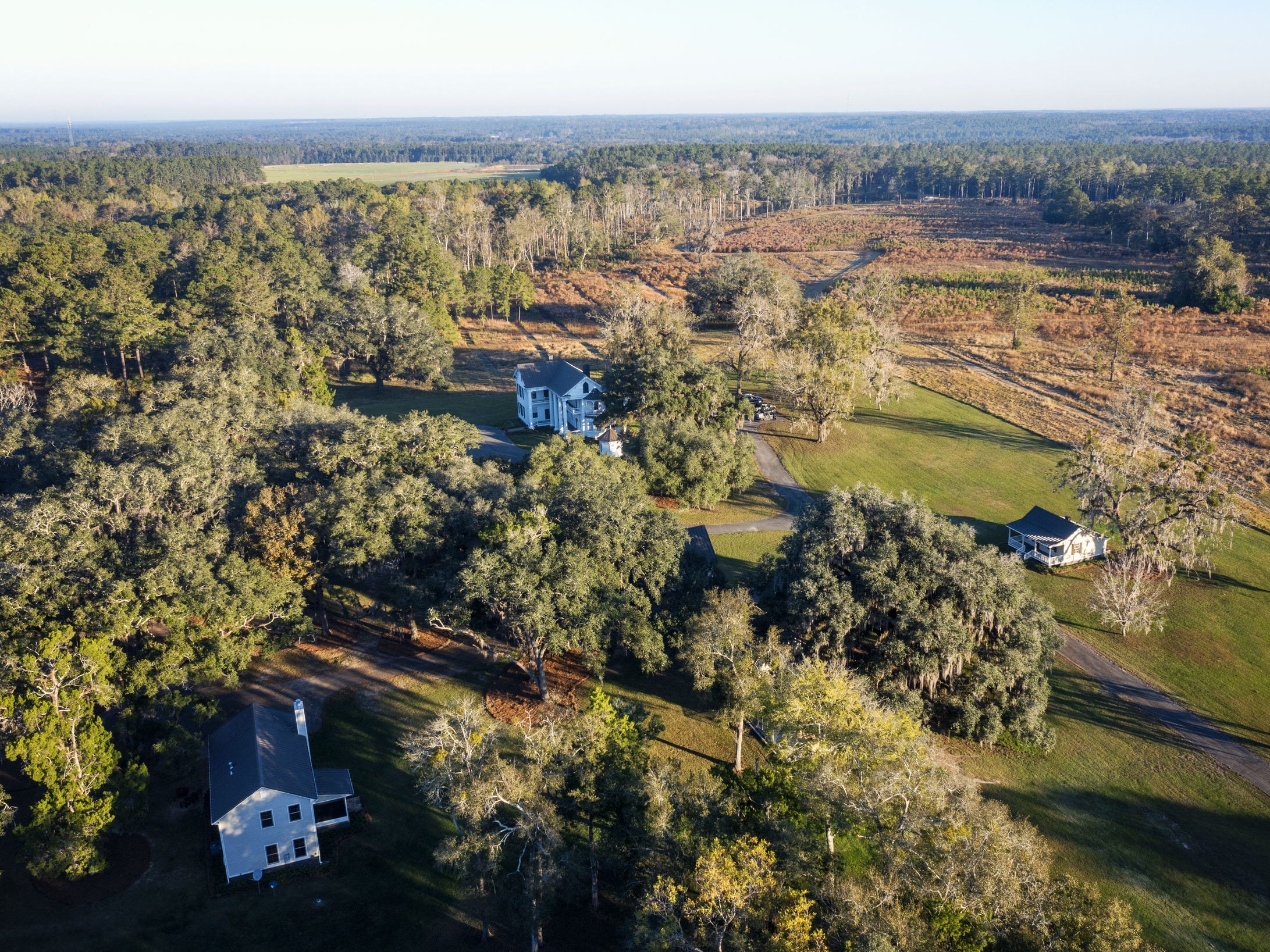 Review of News and Opinions from Michael Novakhov #TNT The #News And #Times: #Tweets – My Opinions In Black And White
February 7, 2023 12:19 pm

Plus: Migrants seeking work in U.S. are being hired more quickly and at higher pay. U.S. trade deficit hit a record in 2022. J.R. Whalen reports.

Review of News and Opinions from Michael Novakhov #TNT The #News And #Times: #Tweets – My Opinions In Black And White
February 7, 2023 12:19 pm
Advertisements