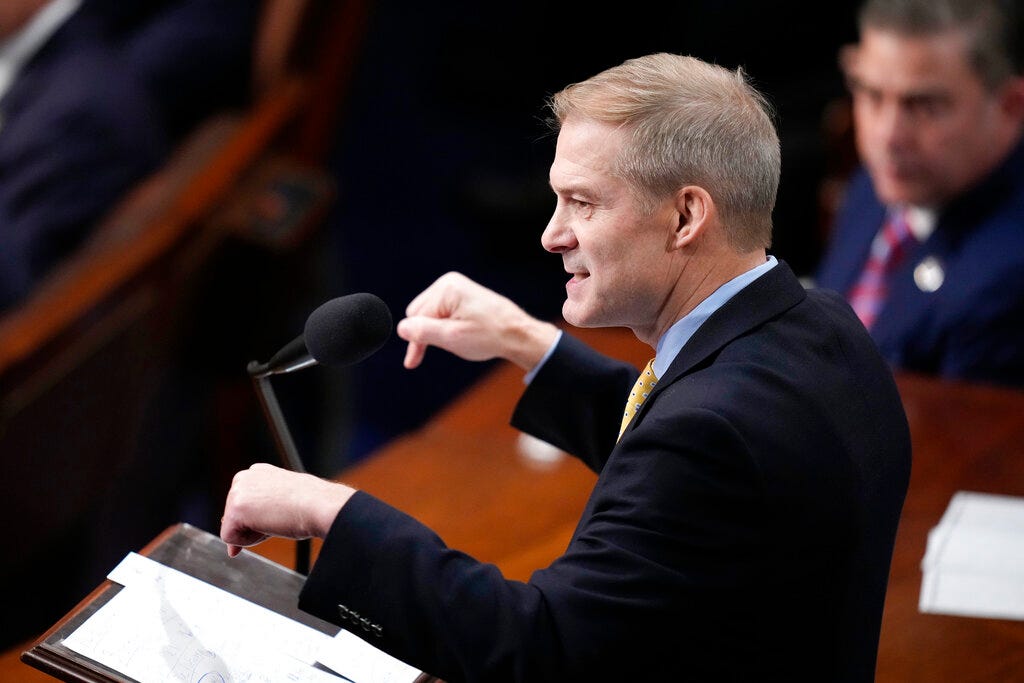 The Justice Department informed House Republicans that it’s unlikely the agency would share information about its ongoing criminal probes — a move likely to frustrate GOP leaders as they seek to scrutinize President Joe Biden.

The Department of Justice said in the letter — obtained by Politico on Friday — that it “stands ready” to work with congressional leaders, but told Republican House Judiciary Committee Chairman Jim Jordan of Ohio that “any oversight requests must be weighed against the department’s interests in protecting the integrity of its work.”

“The Department’s mission to independently and impartially uphold the rule of law requires us to maintain the integrity of our investigations, prosecutions, and civil actions, and to avoid even a perception that our efforts are influenced by anything but the law and the facts,” the letter read.

“With respect to oversight requests for information and documents, we share your belief that congressional oversight is vital to our functioning democracy and we are committed to cooperating with the Committee’s legitimate efforts to seek information, consistent with our obligation to protect Executive Branch confidentiality interests,” the letter added.”

The Department of Justice then noted that it would need more specifics from Republicans about what they’d like to have access to, while also affirming that all relevant information about ongoing probes may not be able to be shared in a public setting.

“The Department will be better able to meet your needs at hearings if your request is specific concerning the information the Committee seeks,” the letter read. “While we will work diligently to accommodate requests for public testimony, it may not always be possible to participate or to address all the topics the Committee wishes to raise.”

It continued, “When information is not appropriate for a public hearing, we will make appropriate efforts to determine if such information can be shared in a different setting, such as a briefing, a closed hearing, or through the provision of other information.”

House Republicans earlier this month reaffirmed that they would seek to probe the Department of Justice’s handling of several high-profile investigations, including the separate special counsel probes into classified documents found in possession of Biden and former President Donald Trump.

On Friday, House Judiciary Republicans expressed their disapproval at the response from the Department of Justice.

“Why’s DOJ scared to cooperate with our investigations?” the GOP panel tweeted.

The letter from the department signifies the obstacles that Jordan will run into as he seeks to turn up the heat on the Biden administration, even as House Republicans have already formed a subcommittee that will probe the alleged “weaponization” of the federal government.

“House Judiciary Republicans are committed to holding each agency accountable under the new majority and will use compulsory processes, if necessary, to get answers for the American people,” he said.