The blue, fin, bowhead, gray, humpback, right and sperm whales are the largest animals alive today. In fact, the blue whale is the largest-known creature ever on Earth, topping even the biggest of the dinosaurs.

How did these magnificent marine mammals get so big? A new study explored the genetic underpinnings of gigantism in whales, identifying four genes that appear to have played crucial roles. These genes, the researchers said, helped in fostering great size but also in mitigating related disadvantageous consequences including higher cancer risk and lower reproductive output.

Cetaceans, the marine mammal group encompassing whales, dolphins and porpoises, evolved around 50 million years ago from vaguely wolf-like land-based ancestors that belonged to a mammalian assemblage called artiodactyls that includes today’s cows, pigs, sheep and many others.

“Body size is a complex result of many genes, pathways, and physical and ecological processes,” said geneticist Mariana Nery of Universidade Estadual de Campinas (UNICAMP) in Brazil, co-author of the study published on Thursday in the journal Scientific Reports. “Our results are among the first to study gigantism in cetaceans from a molecular perspective.”

After assessing nine genes including some associated with increased body size in other mammals, the researchers found that four – named GHSR, IGFBP7, NCAPG and PLAG1 – appear to have gained prominence during the evolution of large whales.

IGFBP7 is a gene involved in promoting cell growth and division. There is evidence it acts as a cancer suppressor in prostate, breast, lung and colorectal tumors.

PLAG1, a gene associated with body growth in cattle, pigs, and sheep, is involved in embryo growth and cell survival.

“Gigantism in the current cetacean lineage is recent, estimated at approximately 5 million years ago. Before that, there were animals with large sizes, like Basilosaurus, but these were exceptions, and most cetaceans did not exceed 10 meters in length,” said study lead author Felipe Andre Silva, who worked on the research while earning his master’s degree in genetics and molecular biology at UNICAMP.

“Gigantism may bring some advantages such as a lower chance of being preyed upon and a greater chance of obtaining food,” Silva added.

“The evolution of cetaceans is a fantastic story, as these huge and charismatic animals attract the attention of many people,” Nery said. “But beyond the curiosity it arouses, these animals can teach us a lot about the evolutionary process itself. And whales have proven to be a very interesting model to understand how biodiversity is generated and help answer fundamental questions in evolutionary biology.” 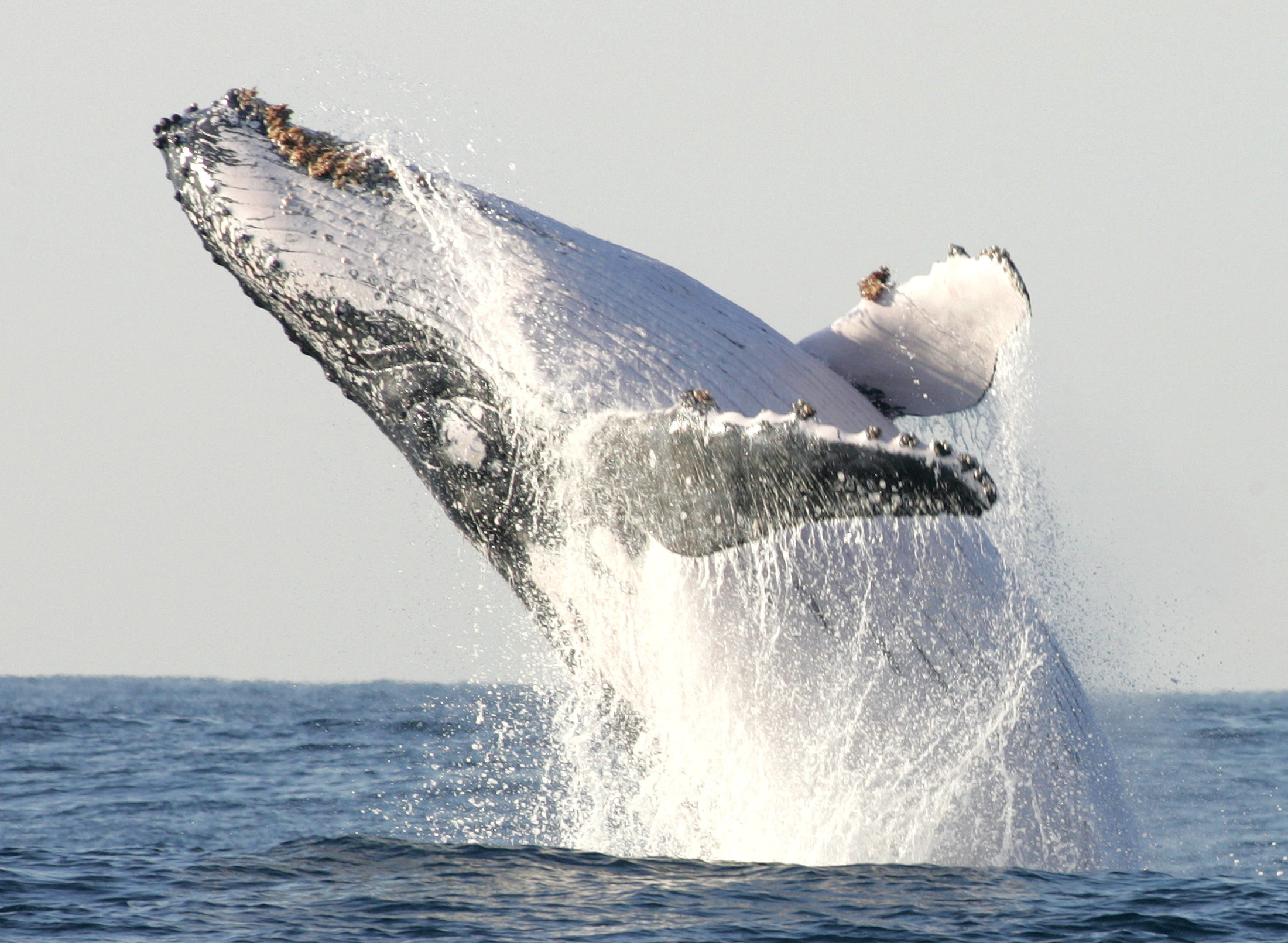 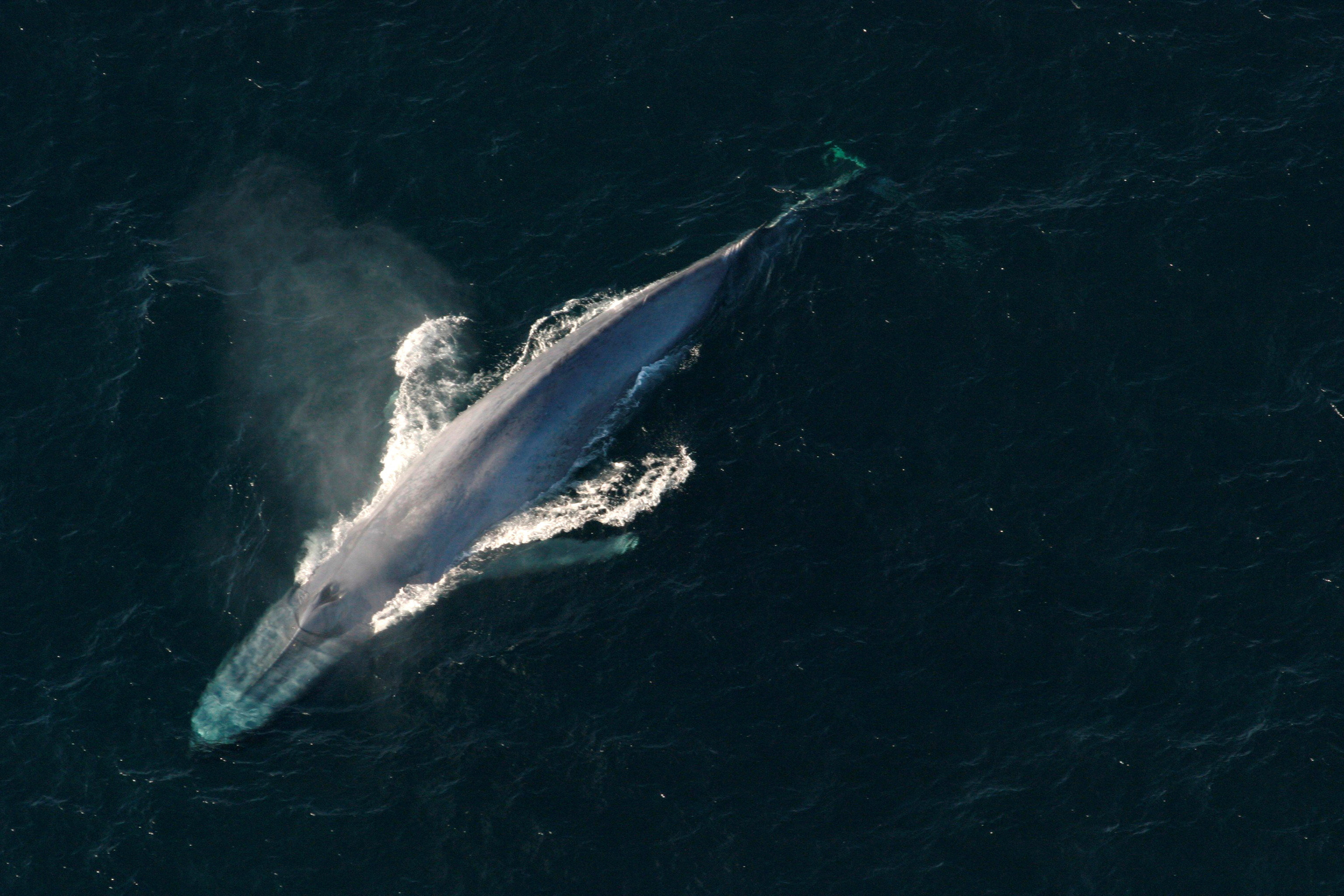 A blue whale surfaces to breathe in an undated picture from the U.S. National Oceanic and Atmospheric Administration (NOAA). NOAA/Handout via Reuters 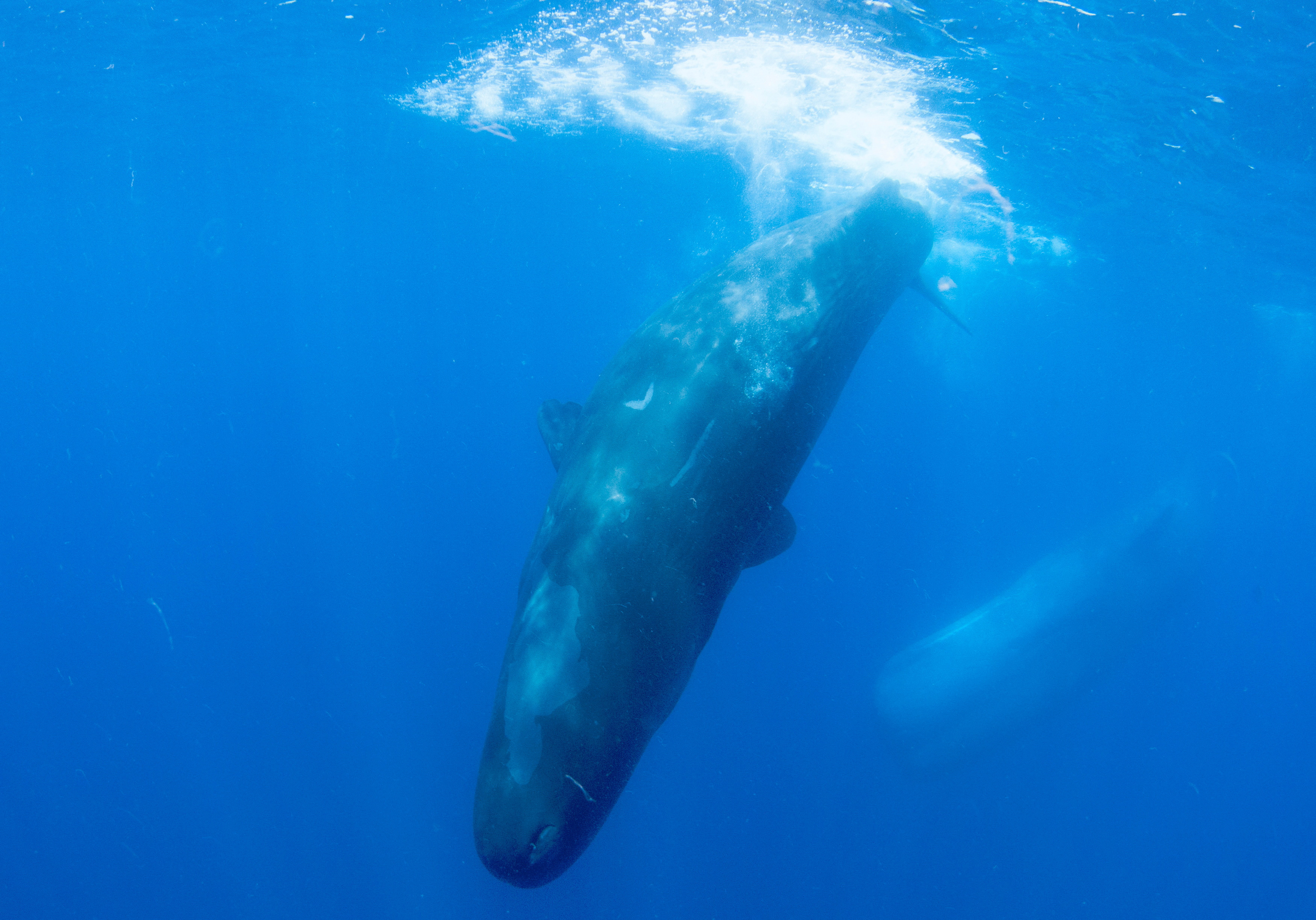 A pod of sperm whales dives into the deep blue sea off the coast of Mirissa, in southern Sri Lanka, April 3, 2013. REUTERS/Joshua Barton 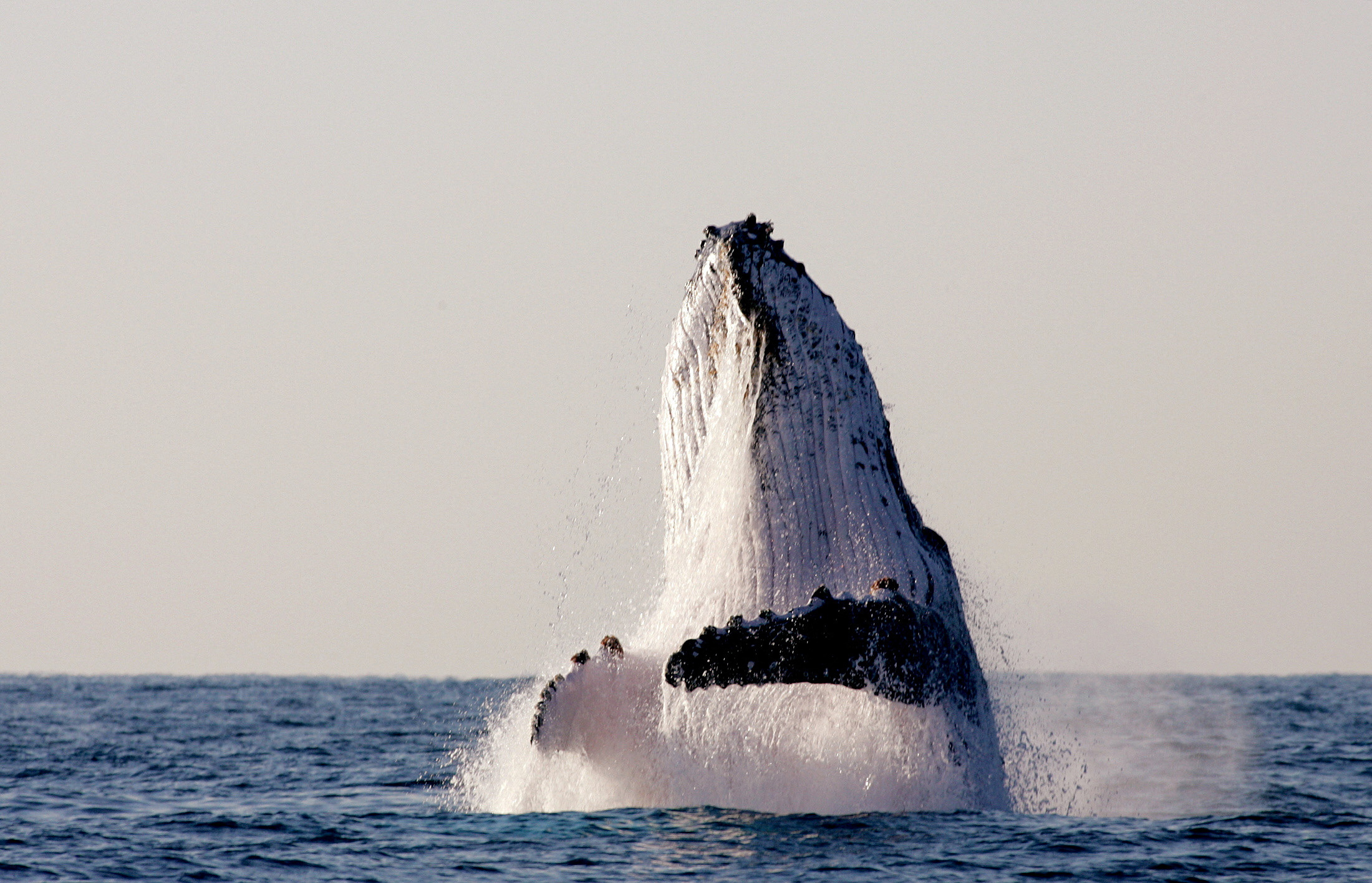 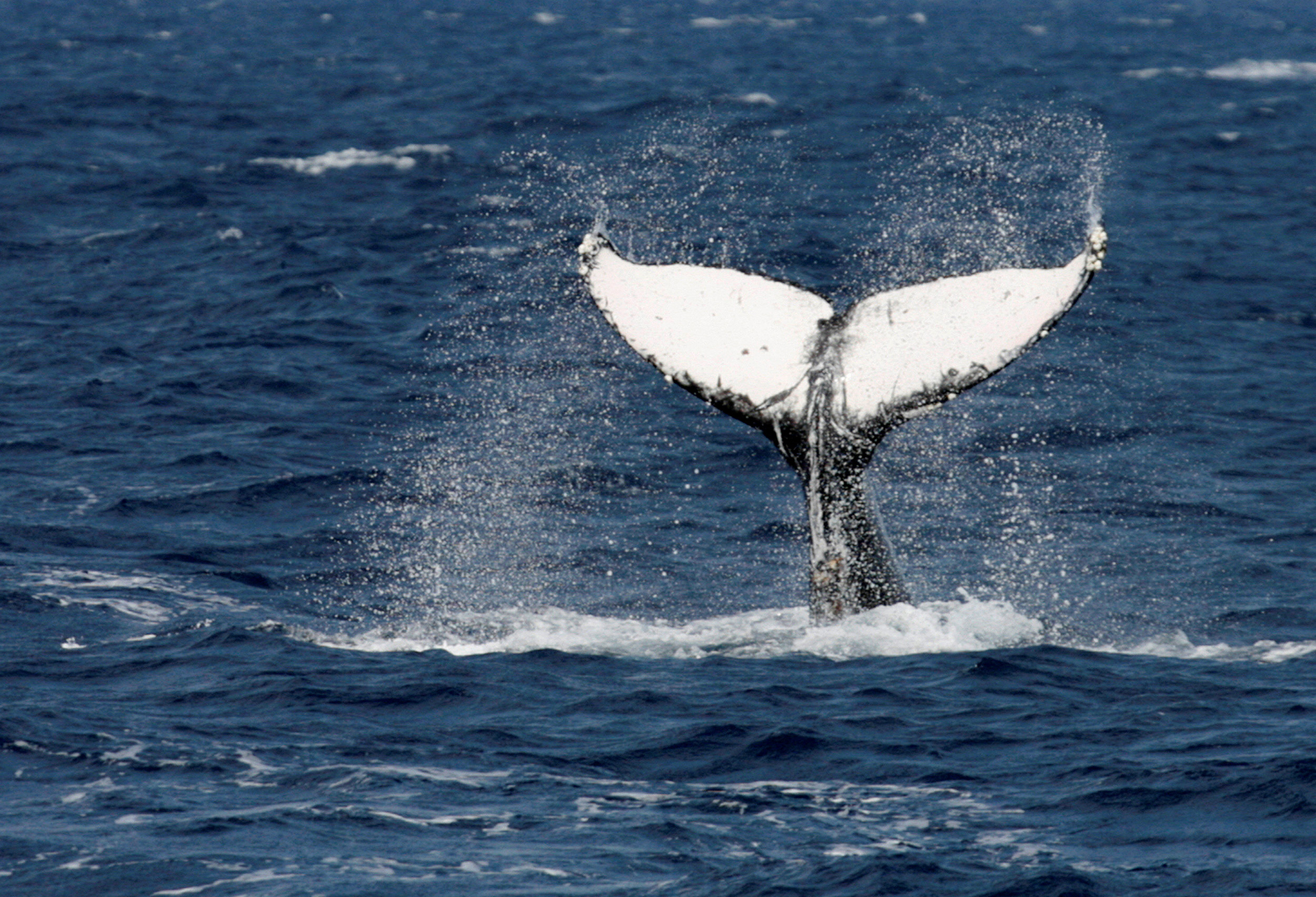 A humpback whale breaches the surface off the southern Japanese island of Okinawa February 13, 2007. REUTERS/Issei Kato 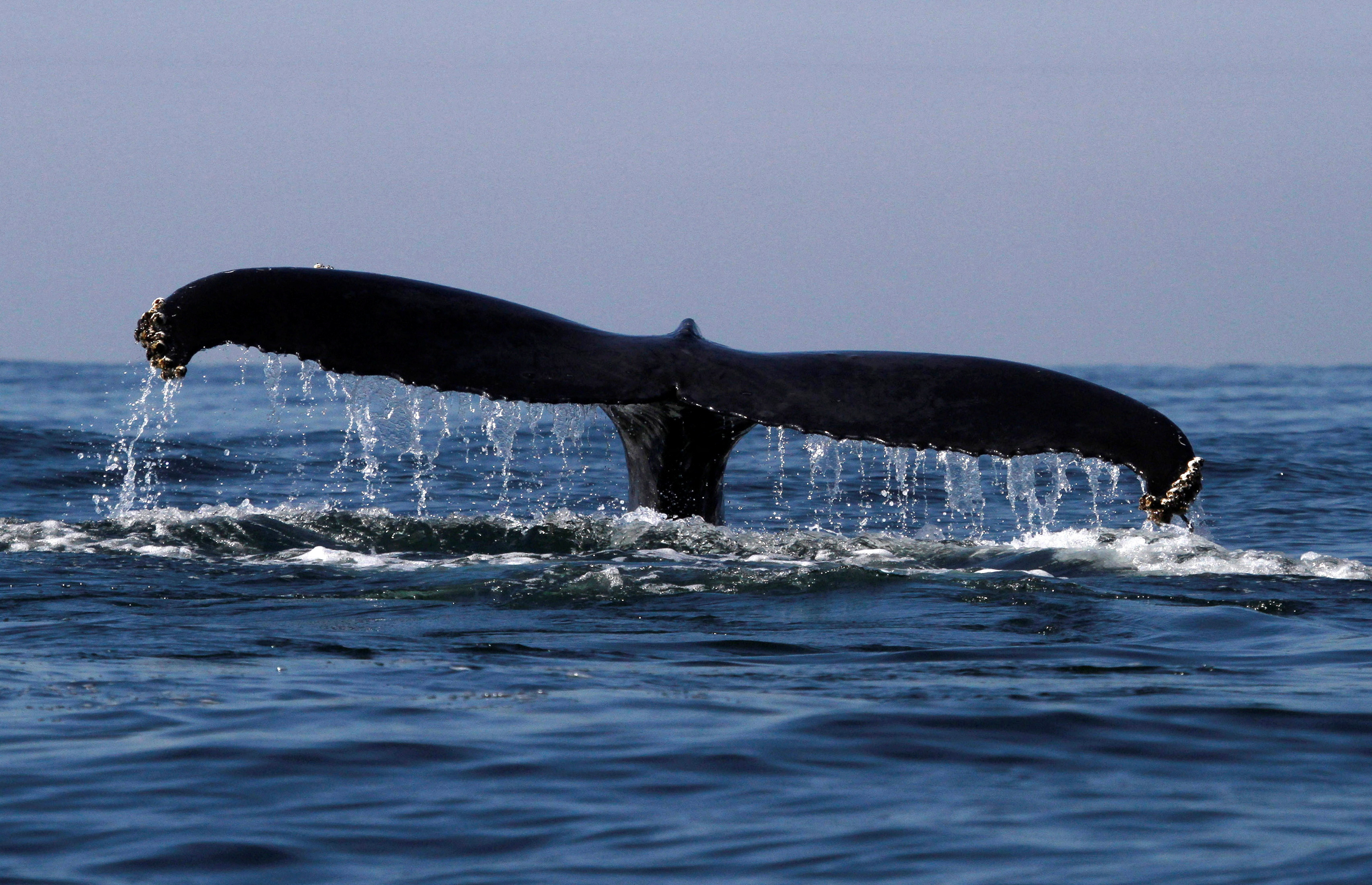 A humpback whale is seen near the coast of Mazatlan January 17, 2012. REUTERS/Stringer
Advertisements