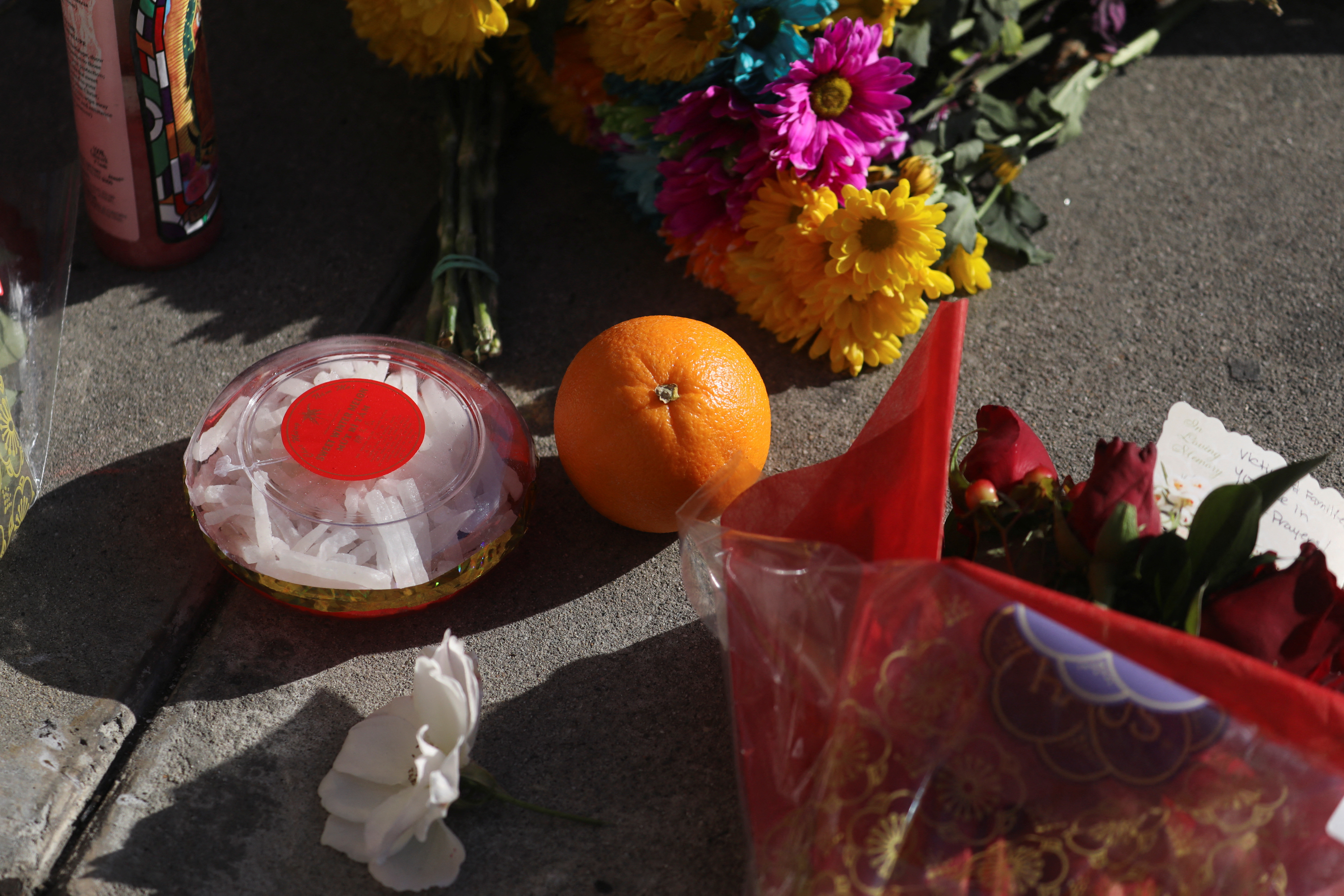 An orange and flowers are seen at the entrance of the Star Ballroom Dance Studio after a mass shooting during Chinese Lunar New Year celebrations in Monterey Park, California, U.S. January 23, 2023. REUTERS/David Swanson

A 72-year-old man fatally shot 11 people celebrating the Lunar New Year at a ballroom near Los Angeles on Saturday night, according to the county sheriff.

Here is what is known so far about the weapons involved and the regulations that govern them:

The shooter, identified as Huu Can Tran, used a semi-automatic pistol with an “extended large-capacity magazine” attached to it to attack people in the Star Dance Ballroom Studio in Monterey Park, California, according to Los Angeles County Sheriff Robert Luna. This is a type of handgun that fires one bullet with each pull of the trigger and automatically loads the next cartridge from the magazine.

Luna said the gun was a semi-automatic 9 mm MAC-10, which is a civilian type of pistol based on a fully automatic military-use submachine gun. He did not disclose the capacity of the magazine attached, although under California law a “large-capacity magazine” is defined as one that holds more than 10 rounds.

The shooter used a second gun to kill himself after fleeing the ballroom. Luna said that one was a Norinco 7.62 x 25mm handgun.

Investigators also found a .308-caliber rifle at the shooter’s home, along with hundreds of rounds of ammunition.

Officials said they were still investigating how and when Tran obtained the weapons. Luna said the Norinco handgun was registered to the shooter.

California has some of the most restrictive gun laws in the United States, the country with the highest rate of private gun ownership in the world.

The state bans many kinds of guns that are legal in other states, and obtaining a required California gun license is relatively difficult. However, a California resident intent on breaking the law can illegally obtain banned weapons from parts of the country where guns are sold more freely.

Semi-automatic pistols are the most widely carried guns in the country, and some kinds are legal in California. But the state bans what it defines as “assault weapons,” which is determined by the gun’s features and includes semiautomatic MAC-10 guns. A Californian can continue to legally possess an assault weapon that was legally owned and registered before the 1990s or early 2000s, depending on the type.

The assault weapons ban was ruled unconstitutional and thrown out by a federal judge in 2021, but remains in effect while legal appeals are heard.

The U.S. Supreme Court has ruled that Americans have a fundamental right to have weapons, including many kinds of guns, at home and, in a landmark ruling last year, in public for self-defense under the U.S. Constitution’s Second Amendment “right to keep and bear arms.”

Review of News and Opinions from Michael Novakhov #TNT The #News And #Times: #Tweets – My Opinions In Black And White
January 31, 2023 5:05 am

Review of News and Opinions from Michael Novakhov #TNT The #News And #Times: #Tweets – My Opinions In Black And White
January 31, 2023 5:06 am
Advertisements