Review of News and Opinions from Michael Novakhov #TNT The #News And #Times: #Tweets – My Opinions In Black And White
December 4, 2022 10:00 am

China’s belligerence towards Taiwan and the future of the island’s democracy are taking centre stage in campaigns ahead of local elections next week, a key test of the ruling party’s support before a presidential vote in early 2024.

The Nov. 26 mayoral and councillor polls are nominally about domestic issues such as transport and the COVID-19 pandemic rather than China, which claims Taiwan as its own territory. Those running do not have direct say in China policy.

But President Tsai Ing-wen and her ruling Democratic Progressive Party (DPP) have turned up the heat in the past week or so, portraying the poll as a way to stand up to Beijing and show the world Taiwan’s democracy won’t give in to threats.

Tsai gave a fiery speech at a huge election rally on Saturday, saying this was more than just a simple local election given China’s menace, a message other senior DPP members have pressed home.

“Russia has invaded Ukraine and Taiwan is facing the threat of China,” Premier Su Tseng-chang told reporters this week. “The whole world is watching whether the Taiwanese people want to choose a pro-China political party or family, or a candidate or political party that defends democracy and supports national sovereignty and independence.”

Although Tsai and the DPP swept the 2020 presidential and parliamentary elections, the main opposition party, the Kuomintang (KMT), performed strongly in the 2018 local elections, winning 15 cities and counties to the DPP’s six.

The KMT, which traditionally favours closer ties with China but strongly denies being pro-Beijing, has hammered the DPP on its handling of the pandemic, especially after a surge in domestic cases this year.

It is now firing back at DPP implications that a vote for the KMT is essentially a vote for China, a strategy that took Tsai and the DPP into a second term in power in 2020.

The party has bristled at the China issue and DPP’s claims that it is the only defender of democracy.

“It’s misleading political language,” said Ho Chih-yung, the KMT’s deputy head of communications, who is also standing for election as a city councillor in the tech hub of Hsinchu.

“The China issue is not an issue for local elections,” he told Reuters. “The election is nothing to do with a Chinese invasion.”

The DPP and KMT are focusing efforts on populous and wealthy northern Taiwan, especially the capital, Taipei, whose mayor is from the small Taiwan People’s Party and is barred by term limits from running again.

There, the DPP has put up former health minister Chen Shih-chung, the architect of Taiwan’s pandemic policy, against the telegenic Wayne Chiang, a rising KMT star.

Even if the DPP does badly next week, it does not mean they will lose the presidency in 2024.

“It’s two different elections. In 2018 we lost the election but we won in 2020. But I think the political momentum is very important,” senior DPP lawmaker Lo Chih-cheng told Reuters. 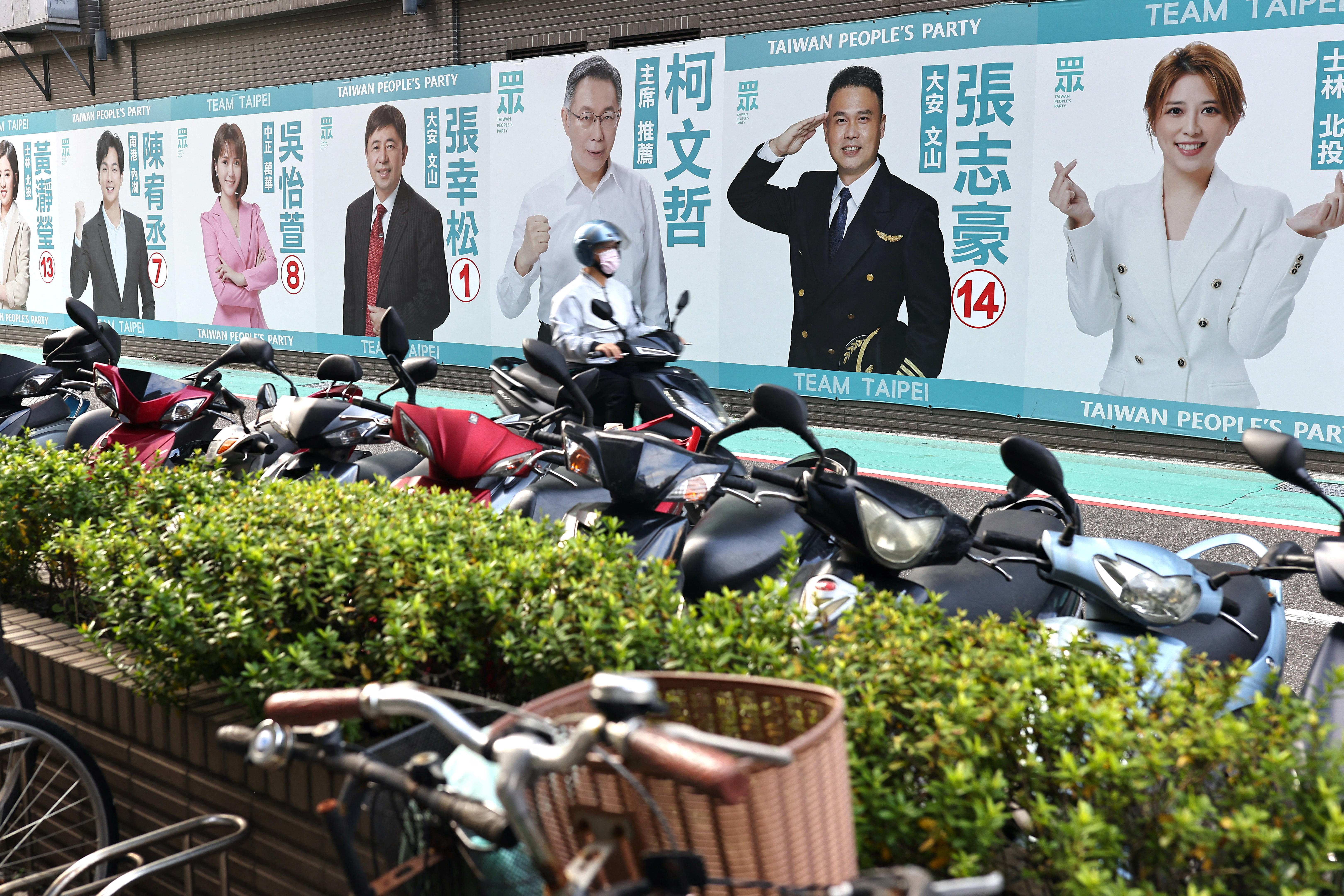 Posters from Taiwan People’s Party can be seen on the streets ahead of the election in Taipei, Taiwan, November 18, 2022. REUTERS/Ann Wang 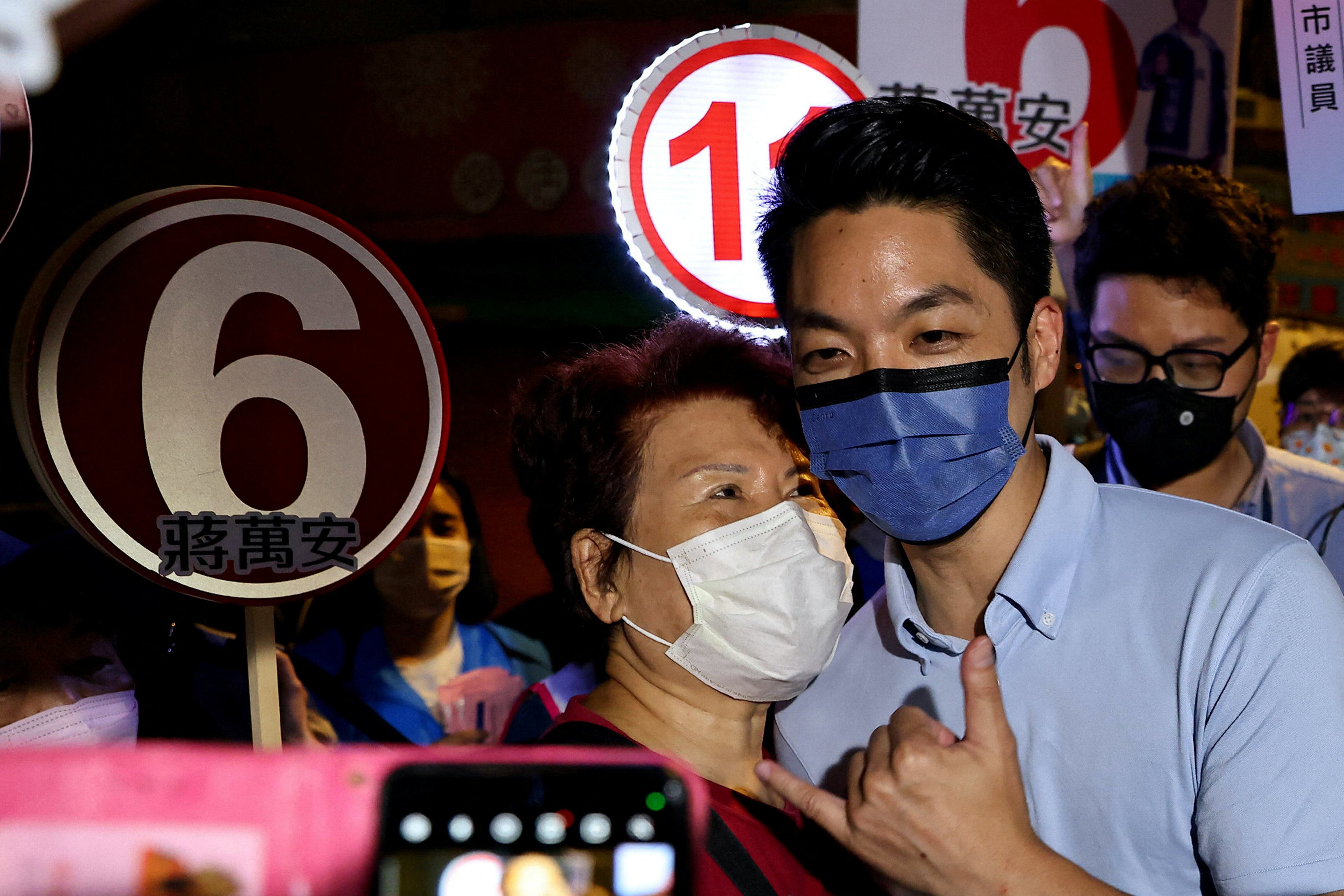 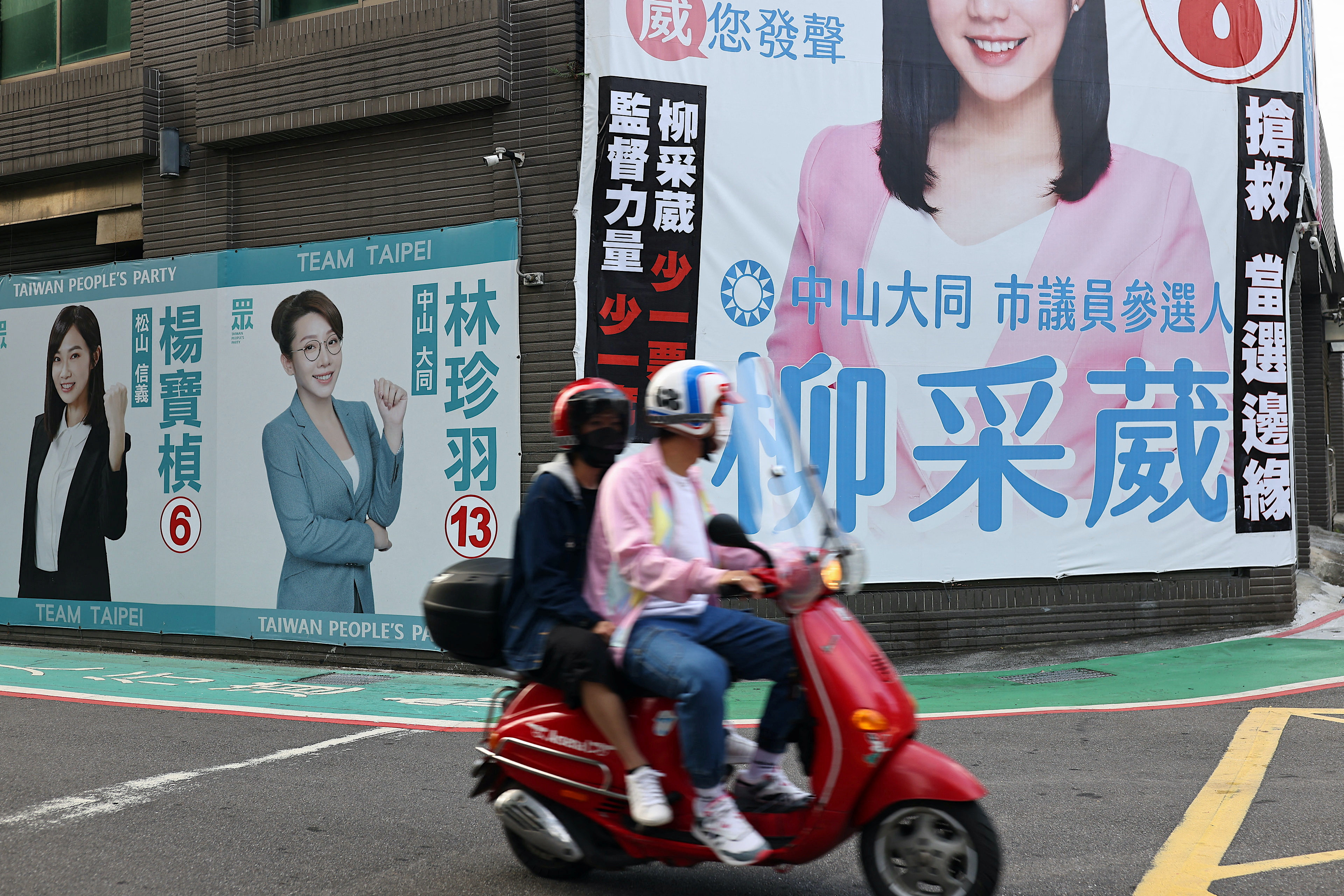 Election posters can be seen on the streets in Taipei, Taiwan, November 18, 2022. REUTERS/Ann Wang 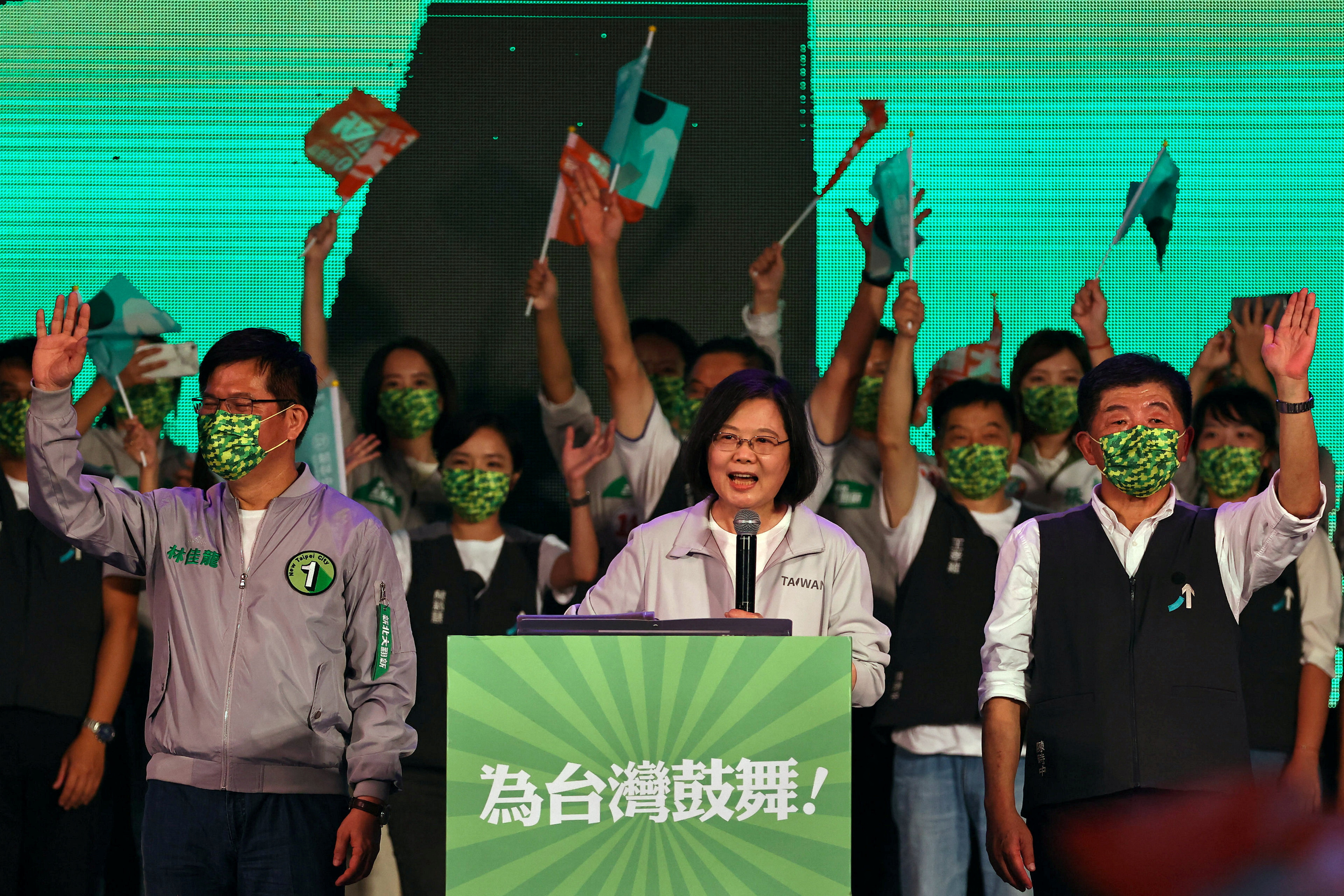 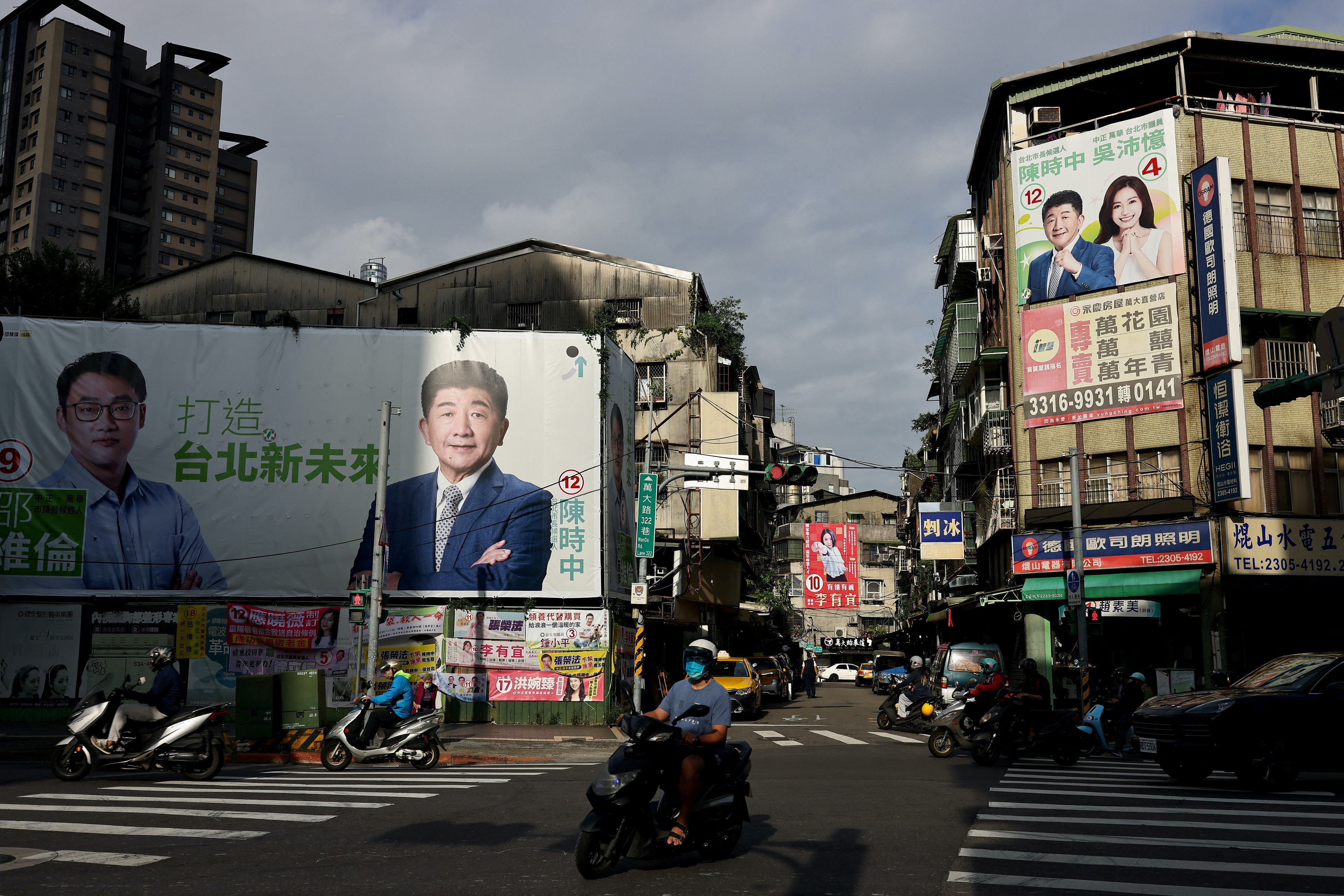 Traffic can be seen with the backdrop of election campaign posters put up in Taipei, Taiwan, November 14, 2022. REUTERS/Ann Wang
Advertisements

Review of News and Opinions from Michael Novakhov #TNT The #News And #Times: #Tweets – My Opinions In Black And White
December 4, 2022 10:00 am 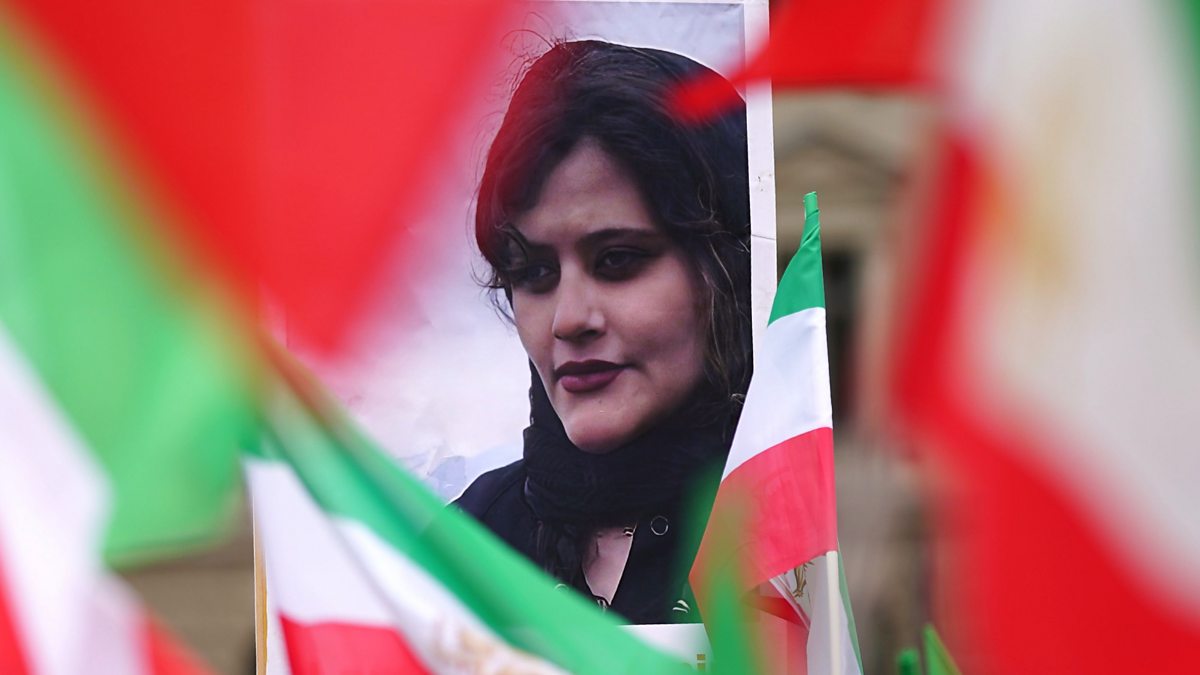 Iran’s morality police, which is tasked with enforcing the country’s Islamic dress code, is being disbanded, the country’s attorney general says. Mohammad Jafar Montazeri’s comments, yet to be confirmed by other agencies, were made at an event on Sunday. Iran has seen months of protests over the death of a young woman in custody. Mahsa Amini had been detained by the morality police for allegedly breaking strict rules on head coverings. We hear the latest from BBC Persian’s Siavash Ardalan and Dr Sanam Vakil of Chatham House, a foreign-policy think tank. Also on the programme: thousands of troops surround the city of Soyapango in El Salvador as part of a massive crackdown on gangs; and Jonathan the tortoise, the world’s oldest recorded land animal, celebrates his 190th birthday. (File image: A portrait of Mahsa Amini stands between Iranian national flags during a ‘Solidarity with the civil uprising in Iran’ rally at Bebel Platz square in Berlin, Germany, 01 October 2022. CLEMENS BILAN/EPA-EFE/REX/Shutterstock)